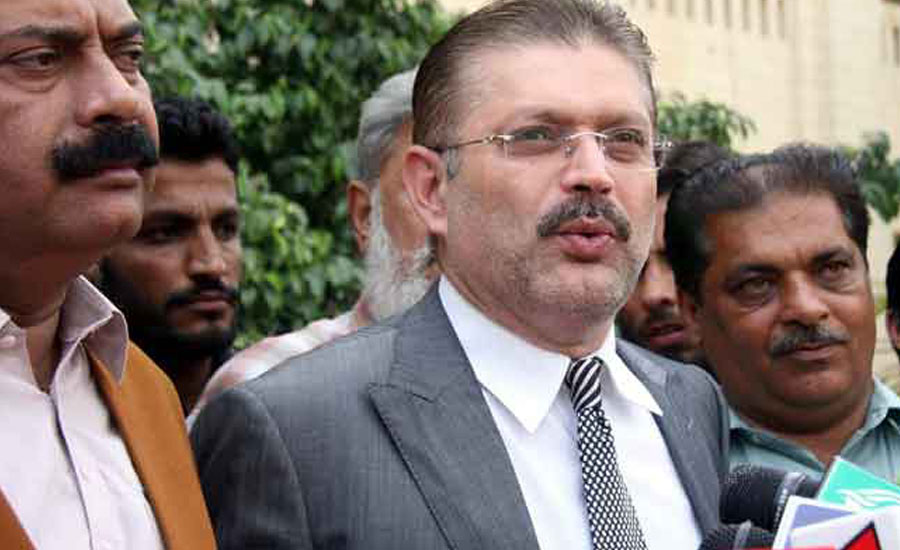 KARACHI (92 News) – Pakistan People’s Party (PPP) leader and former minister Sharjeel Memon along with four accused on Tuesday were indicted in recovery of liquor case. Sharjeel Memon and other accused appeared before in the court of Judicial Magistrate South.  The court indicted Sharjeel Memon and others in the case, however, they refused to accept the charges. It is pertinent to mention here that Sharjeel Memon with his three servants – Shakar Din, Mushtaque Ali and Muhammad Jam – Central Jail, Karachi assistant superintendent Naseem Ahmed and Habib Ahmed have been named as accused in the investigation report. Later, the court adjourned hearing of the case till March 18 after summoning the witnesses. On September 1, last year, former chief justice of Pakistan Mian Saqib Nisar had paid a surprise visit to the Ziauddin Hospital where he found three bottles of liquor in the room of the incarcerated PPP leader. Subsequently, Memon was shifted to Central Jail, Karachi and a First Information Report (FIR) was registered against him with the Darakshan police station. Earlier on Jan 20, the National Accountability Bureau (NAB) issued Pakistan People’s Party (PPP) leader Sharjeel Memon’s arrest warrants in Roshan Sindh Programme case. Justice Aamer Farooq Islamabad High Court (IHC) extended pre-arrest bail of Memon in the case till January 22. The NAB will submit the arrest warrants in the court. The anti-graft watchdog body will also request to reject the bail of Sharjeel Memon in the court. Justice Aamer Farooq has referred the matter to the chief justice of the high court.