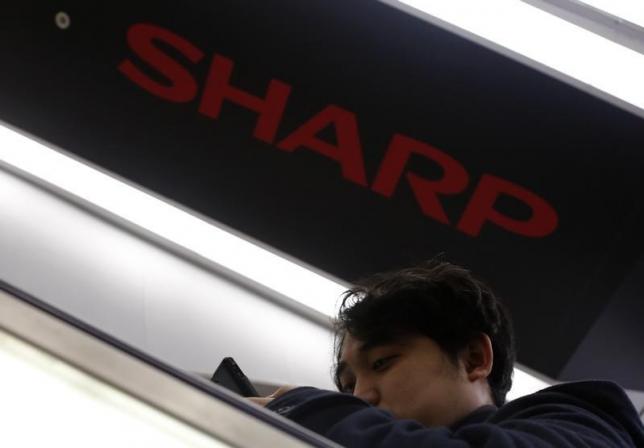 TOKYO – Loss-making Japanese electronics maker Sharp Corp (6753.T) may spin off its LCD panel business and seek funding for it from the government-backed Innovation Network Corporation of Japan (INCJ), a source familiar with the plan said on Sunday. The Nikkei business daily earlier reported that the LCD unit, which supplies displays to smartphone and tablet manufacturers, will be spun off in the current fiscal year and that INCJ could invest 100 billion yen in the new entity. The source said Sharp, as part of its restructuring plan, wants to keep a majority in the LCD unit, and that details of an INCJ stake have not been decided. A Sharp spokesman, while confirming the company was considering various reforms for its LCD business, said no decision had been made. Sharp, on track for its third annual net loss in four years, has been trying to negotiate its second major bailout since 2012, with the company promising restructuring in return for new funds. Sources say its main lenders Mizuho Bank and Bank of Tokyo-Mitsubishi UFJ are seeking a radical overhaul and an exit from loss-making businesses. Mizuho Bank is a unit of Mizuho Financial Group Inc (8411.T) and Bank of Tokyo-Mitsubishi UFJ is part of Mitsubishi UFJ Financial Group Inc (8306.T). While promising to come up with restructuring measures by May, Sharp has repeatedly denied it will make moves such as selling its LCD unit. The unit accounts for roughly one-third of sales but has struggled with tough price competition from Chinese manufacturers as well as domestic rival Japan Display, which is 35 percent owned by INCJ. Analysts have speculated that Sharp could merge its display business with Japan Display to gain competitiveness and pricing power, though sources at Sharp have recently said its management was not willing to take that step. Japan's government launched INCJ in 2009 in a bid to keep the country's technology sector competitive. The state provided 286 billion yen of INCJ's capitalization of 300 billion yen, and its investments are overseen by the Ministry of Economy, Trade and Industry. An investment by INCJ in Sharp's LCD business would fuel speculation of a future deal between Sharp and Japan Display. Sources earlier said Sharp has also asked domestic corporate turnaround fund Japan Industrial Solutions to invest up to 30 billion yen, and for a rescue package from its banks. Among backers of the turnaround fund are Mizuho, Bank of Tokyo-Mitsubishi and state-backed Development Bank of Japan. –Reuters