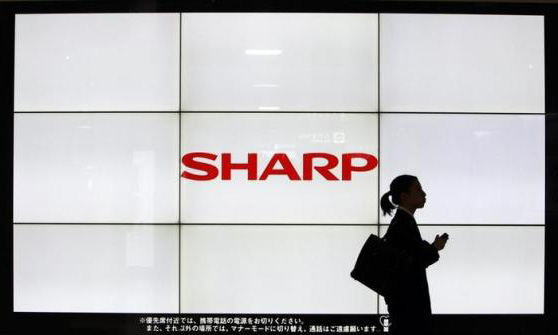 TOKYO Struggling Japanese electronics maker Sharp Corp may reduce pay for its managers and other workers in fiscal 2015 to lower costs, the Nikkei reported on Thursday. Sharp, which has about 4,000 managers across its domestic group companies, may cut pay by 5 percent for managerial staff and by about 2 percent for others, the financial daily said. The troubled electronics giant expects to save more than 10 billion yen ($83.7 million) a year through measures to reduce labor costs, the Japanese daily said. The company had originally considered trimming wages by 1.5 percent but is now opting for a larger cut in light of further earnings deterioration in the January-March quarter, Nikkei said. Sharp expects to post a net loss of well over 100 billion yen for its year ending March 2015, the paper said. The company intends to cut 12 percent of its workforce in a global restructuring expected to cost more than $1.7 billion, a person familiar with the plan told Reuters last week. Taiwan's Hon Hai Precision Industry Co, also known as Foxconn, is considering joining efforts to help rescue Sharp, whose recovery efforts have been derailed due to weaker-than-expected smartphone demand in China and aggressive competition from rival Japan Display. - REUTERS