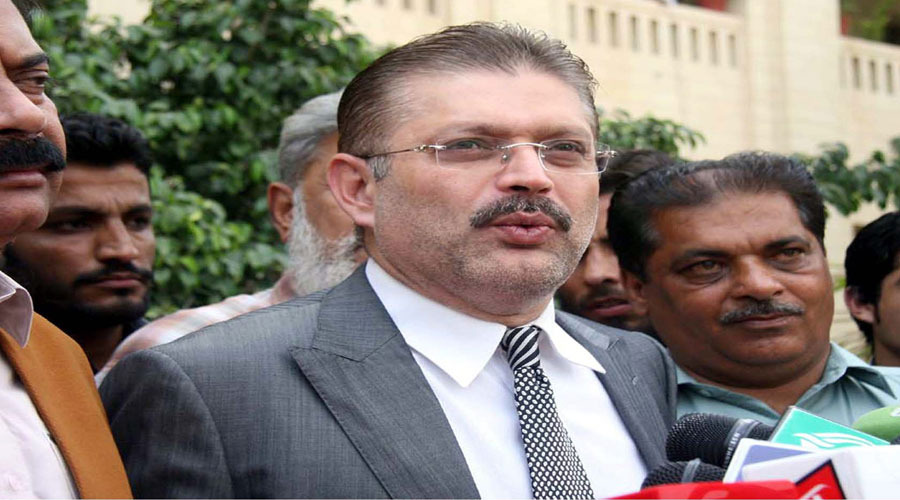 KARACHI (92 News) – Former provincial information minister leader Sharjeel Memon was released from Karachi Central jail on Tuesday. He was allowed to rejoin the assembly session after completing legal formalities. However, he will not be allowed to travel abroad. After his release, PPP workers distributed sweets and danced to the beat of drum. Meanwhile, the NAB showed his arrest in the illegal assets case. The court immediately suspended the arrest warrants and issued notices to the NAB DG and prosecutor for June 27. Earlier, Sharjeel Inam Memon was granted bail by the Sindh High Court (SHC) in corruption cases. It is worth mentioning here that the National Accountability Bureau (NAB) had accused Sharjeel Memon of embezzling Rs5.76 billion funds of the Sindh Information Department. The court approved bail of the former provincial minister and ordered him to submit surety bonds worth Rs5 million. The court, however, said that he will not be allowed to travel abroad and therefore his name should be placed on the exit control list. It is noteworthy that Sharjeel Memon along with former information department officials Zulfiqar Ali Shalwani, Sarang Latif and others along with advertising companies’ representatives were booked by the NAB in a Rs5.76 billion reference. The NAB had initiated inquiry against the former minister over alleged corruption by awarding government advertisements at ‘exorbitant rates’ by abusing his powers, causing loss of more than Rs five billion to the national exchequer. Sharjeel Memon, along with 11 other accused had been indicted in a graft case pertaining to corruption of Rs 5.76 billion in the Sindh Information Department on February 15 last year. On May 20, the NAB approved the inquiry against the former Sindh information minister into investigation in assets beyond income case. The corruption watchdog body completed an inquiry against Sharjeel Memon and forwarded it to NAB headquarters in Islamabad. It was reported that further investigation will be commenced after formal permission of the chairman Justice (retd) Javed Iqbal. Earlier, the former minister had been arrested by a NAB team on October 23 after the Sindh High Court (SHC) rejected the bail plea of Sharjeel Memon and others in case related to Rs 5.76 billion corruption. The former provincial minister and others including Umer Shahzad, Gulzar Ali, Zulfikar Shelwani, Sarang Lateef and Salman Mansoor had petitioned the court seeking their bail in the case pertaining to the corruption of Rs 5.76 billion in the provincial information department.