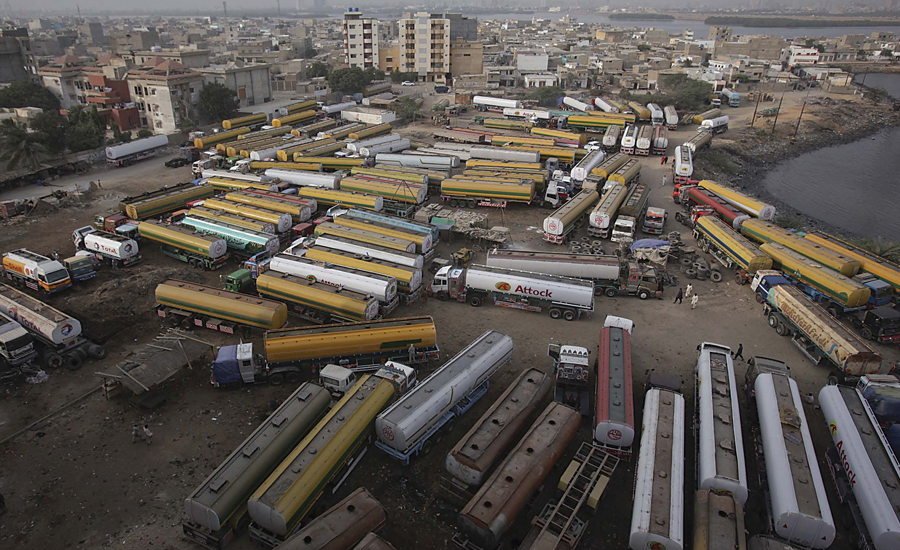 KARACHI (92 News) – The Sindh High Court has on Tuesday ordered to shift all oil tankers to the Zulfiqarabad Oil Terminal.

The Sindh High Court (SHC) issued detailed order regarding ban on heavy traffic in the city.

Issuing the order, the court ordered to all oil tankers to the Zulfiqarabad Oil Terminal from Karachi.

The court also directed the provincial government, Karachi Metropolitan Corporation (KMC) and all authorities concerned to ensure that the remaining development work at the terminal is completed as per the master plan within two months.

The court said that the oil tankers won’t be allowed to park in the city.

The court further directed the chief secretary to submit a report regarding the matter of allotment of 50 acres land near Hub for parking of oil tankers coming from Balochistan.