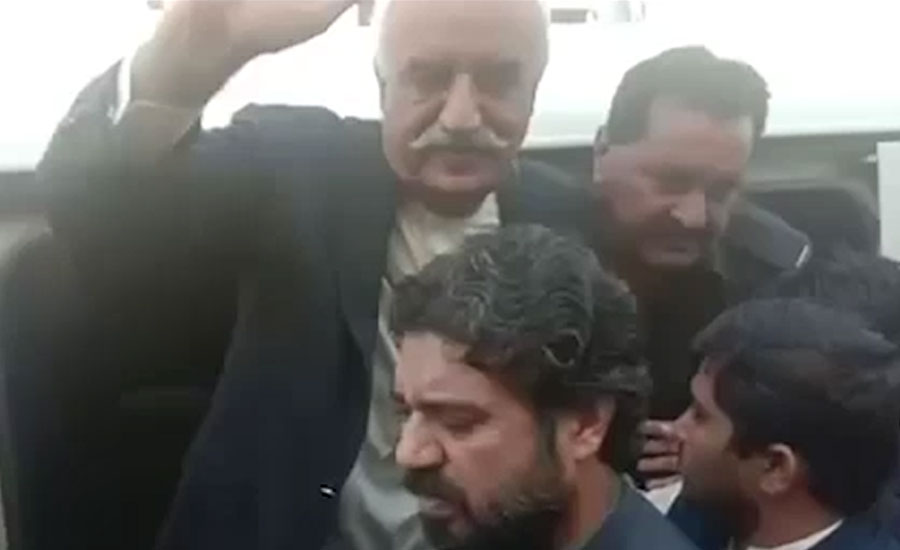 SUKKUR (92 News) – Sindh High Court (SHC) on Wednesday turned down the bail plea of Pakistan Peoples’ Party (PPP) Khursheed Shah in assets case. Two-member special bench of the SHC Sukkur division headed by Justice Shams-u-ddin Abbasi announced a reserved verdict. The court rejected the bail plea of Khursheed Shah and his son Farukh Ahmed Shah in an assets case. Shah’s two wives and 12 other people have been granted bail in the assets beyond means case. Abdul Razzaq Barhani, a government contractor who was arrested in the case on November 15, 2019, has been ordered to pay a Rs2.5 million surety bond. Khursheed Shah’s lawyer, Mukesh Kumar, said that senior lawyers have contacted Aitzaz Ahsan and Raza Rabbani and after their advice, they will apply for bail in the Supreme Court. It is pertinent to mention here that the verdict was reserved by the bench after hearing the arguments from both sides had reserved on April 14. The NAB had informed the bench that Syed Khursheed Shah along with 17 co-accused facing charges in Rs 1.23 billion assets beyond means reference. Seventeen accused including Awais Qadir Shah and Farrukh Shah are also nominated in the reference by the bureau. The National Accountability Bureau (NAB) has also nominated two wives, two sons and son-in-law of Khursheed Shah in the reference. The accountability court had granted bail to Shah in December after the accountability bureau’s delay in filing reference against him. However, the Sindh High Court (SHC) Circuit Bench Sukkur later suspended the accountability court’s orders dated Dec 17 to grant bail to the veteran PPP leader. Khursheed Shah was arrested in Islamabad on September 18, 2019. A reference has been filed against him, his two wives, two sons and son-in-law Owais Shah for owning Rs240 million more than their sources of income can justify. He had filed for bail on January 11. The court reserved its verdict in the case on April 14 after 12 hearings. Justice Amjad Hussain Sahito and Justice Shamsuddin Abbasi heard the case.