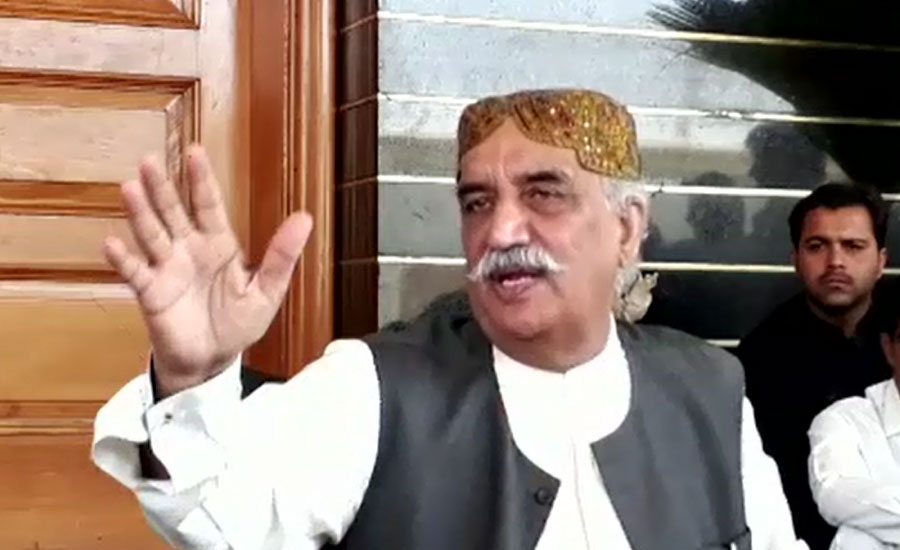 SUKKUR ( 92 News ) – The Sindh High Court (SHC) Sukkur Bench on Monday suspended the order granting bail to Pakistan People’s Party’s (PPP) leader Syed Khursheed Shah in the assets beyond means case. According to details, a special bench comprising Justice Naimatullah Phulpoto and Justice Khadim Hussain Tunio heard the NAB plea seeking suspension of the bail granted to the former opposition leader in the National Assembly. The court ruled that the issue will be raised in next hearing on January 16. On December 18, the National Accountability Bureau (NAB) had challenged the order of the accountability court to release PPP leader Khursheed Shah in the Sindh High Court (SHC). In the petition, the NAB contended that the order to release Khursheed Shah is against the law and hence should be declared null and void. On December 17, Accountability Court Judge Ameer Ali Mehaisar had ordered to release PPP leader Syed Khurshid Ali Shah in the assets beyond income case. The court had ordered the PPP leader to furnish the surety bonds worth Rs five million. Khurshid Shah’s counsel said that the NAB could not produce any solid evidence so far and the case against his client is unjustified. "The NAB failed to file a reference against Khurshid Shah in 90 days," he contended.