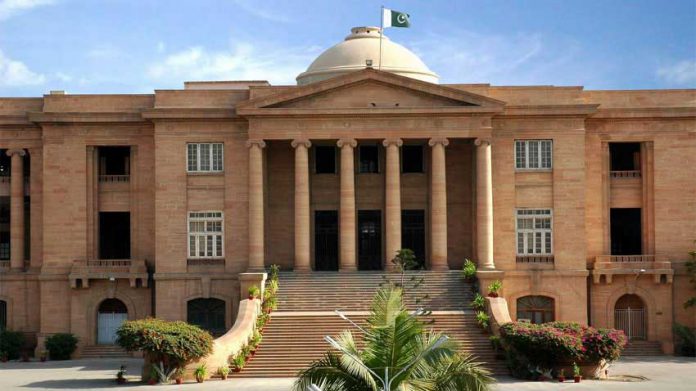 KARACHI (92 News) – Upholding death sentence of Former Mithi district and sessions court judge Sikander Lashari and Irfan Bengali, the Sindh High Court (SHC) has rejected a petition filed to suspend their death sentences in a murder case. Former judge Sikander Lashari and Irfan Bengali were convicted by the anti-terrorism court (ATC) for the murder of Aqib Shahani, the son of former Jacobabad district and sessions court judge Khalid Shahani. In February 2014, Bengali and Lashari fired multiple shots at Shahani over a family dispute. An ATC had sentenced both suspects to death after more than 20 witnesses recorded statements against them. It recorded statements of 25 witnesses and four eye witnesses. The government lawyer argued the former judge misused his position and influence. According to prosecution, Irfan murdered Aqib in Hyderabad in 2014.