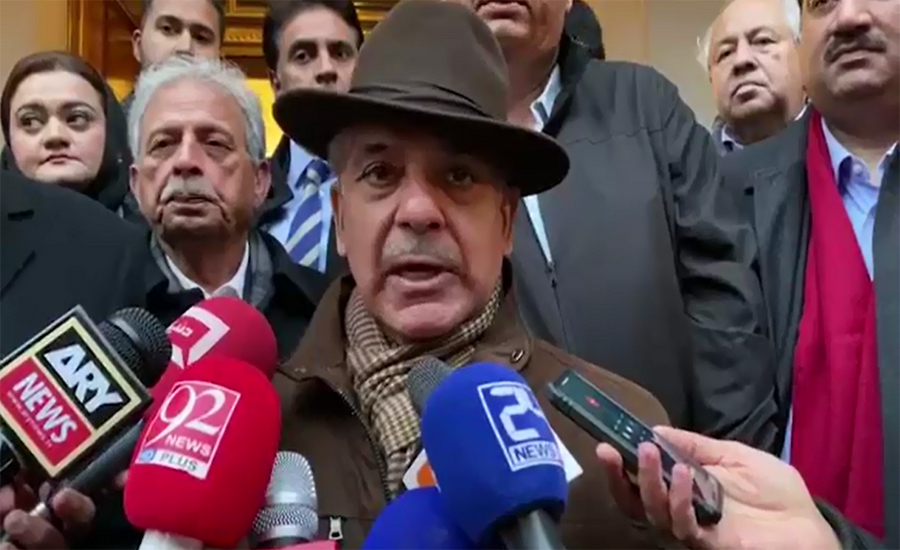 LONDON (92 News) – Pakistan Muslim League-N (PML-N) president Shehbaz Sharif on Tuesday condemned the decision of Punjab government for not extending the bail plea of former prime minister Nawaz Sharif. In a statement, the opposition leader in National Assembly said that all the medical reports of Nawaz Sharif were submitted as per decided procedure. Shehbaz Sharif declared the decision of the Punjab cabinet for not extending Nawaz Sharif’s bail as political revenge. “We approached the court as we had an idea about the aims of current government,” he added. Earlier today, the Punjab cabinet has rejected to extend the bail of former premier Nawaz Sharif. It is pertinent to mention here that he is currently in London for medical treatment While addressing the press conference along with Punjab Information Minister Fayyazul Hassan Chohan and Provincial health minister Yasmeen Rashid, Punjab Law Minister Raja Basharat has announced not to accept Nawaz Sharif’s plea for extension in bail. He said that the former premier has failed to submit required medical reports in the board and committee. “We haven’t received any satisfactory reply from Nawaz Sharif despite passage of sixteen weeks,” he added. The provincial minister further stated that the PML-N quid has not been admitted to any hospital yet for proper medical treatment.