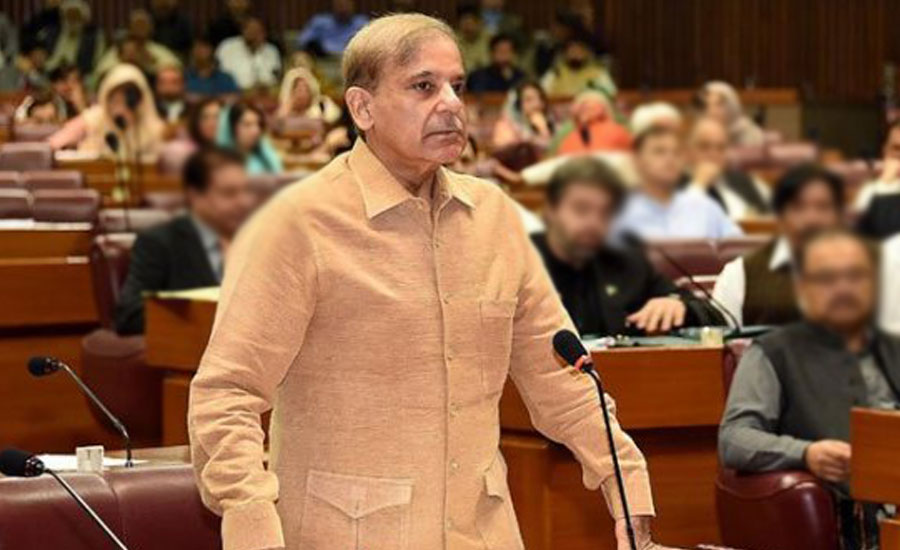 ISLAMABAD (News) – Leader of the Opposition in the National Assembly Shehbaz Sharif on Friday demanded the parliamentary probe into Mohmand Dam contract award. Addressing to the National Assembly session, Shehbaz lambasted the PTI-led government for awarding the Mohmand Dam contract to a joint venture comprising a Chinese firm and Descon owned by Prime Minister’s Adviser on Commerce Abdul Razak Dawood. “I have no personal grudge with Abdul Razak Dawood but Nation’s and borrowed money worth of Rs300 billion is being spent blindfoldedly,” he said. “The Rs309 billion contract was being awarded on a single bid. This is injustice,” he regretted. Shehbaz has told the house that Mohmand Dam contract was given against the Public Procurement Regulatory Authority (PPRA) rules. He demanded a parliamentary committee to probe into the matter, saying the contract involved public money and thus, they reserved the right to be kept in the know about it. The opposition leader asked why the government didn’t invite bids afresh following the single bid and called on the government to conduct the bidding process again as per the relevant rules. Earlier today, while talking to journalists, Shehbaz termed the removal of names of PPP Chairman Bilawal Bhutto Zardari and Sindh Chief Minister Murad Ali Shah from exit control list (ECL) a good gesture. He also said that the government realized late that the Supreme Courts (SC) verdict cannot be ignored.

Earlier, WAPDA Chairman Muzammil Hussain said that all the basic preparations have been finalized to launch the construction work on Mohmand Dam within next two weeks. While talking to the journalists, the WAPDA chairman said that the project has been awarded to the joint venture comprising China Gezhouba, Descon and Voith Hydro after clearing all the codal formalities. The chairman said China Gezhouba has seventy percent share in the project while Descon and Voith Hydro have thirty percent share. He also said that all legal, financial and technical impediments in the way of construction of the Dam have been addressed. Muzammil said that the government has expressed the resolve to provide all necessary resources for completion of this all important project keeping in view the growing water scarcity and to ensure food security in the country.