Shehbaz, Maryam not barred from meeting with Nawaz: Punjab minister 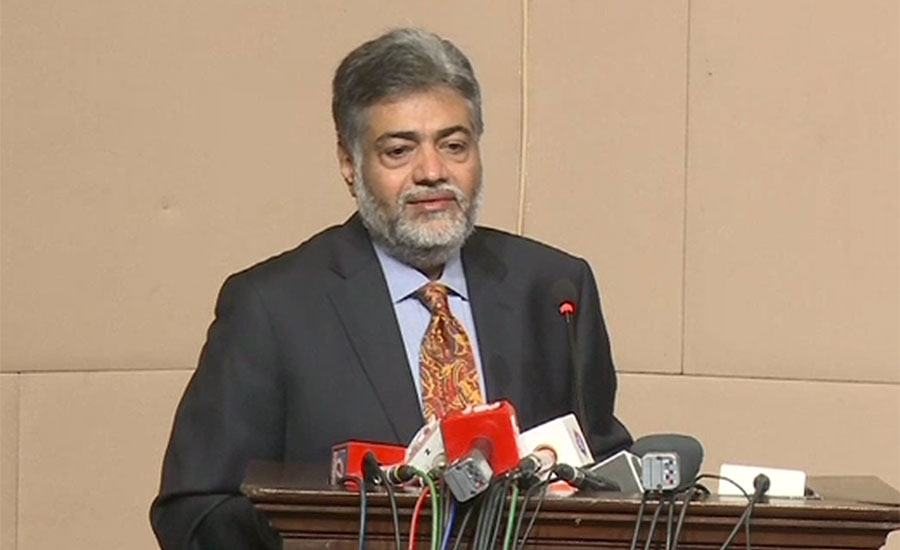 Shehbaz, Maryam not barred from meeting with Nawaz: Punjab minister

LAHORE (92 News) – Punjab Information Minister Syed Samsam Bukhari on Tuesday said that nobody barred Opposition Leader in National Assembly Shehbaz Sharif Maryam Nawaz from meeting with incarcerated former prime minister Nawaz Sharif. Speaking to the journalists at Al Hamra Hall, the minister said that Sharif family can meet Nawaz Sharif at any time, adding that the government is ready to hold ex-PM’s medical treatment at any place of his choice in Pakistan. Responding to Shehbaz Sharif’s tweet, Samsam Bukhari refuted the claim as he was barred from meeting with his brother in Kot Lakhpat jail. “It is not correct report that the Punjab government is not cooperating for treatment of Nawaz Sharif. We offered to hold the medical treatment of Nawaz Sharif at any place of his of his choice in the Country,” he explained. “But the former premier says he has submitted bail plea in the court. If the court allows him to go abroad then we will not stop him,” Samsam Bukhari said. To a question, the information minister said that he did not oppose the bill relating to increase the salaries of lawmakers in provincial assembly, however, expressing different opinion within party as separate issue. He added that the debate on the bill would be discussed only in the house. Earlier today, speaking to the ceremony of distributing awards in artists, Samsam Bukhari said that now the time has come to depict positive and soft image of Pakistan in international level through culture.

Opposition Leader in National Assembly Shehbaz Sharif claimed that he has been barred from meeting former prime minister Nawaz Sharif at Kot Lakhpat Jail despite repeated requests. In a tweet, the former Punjab chief minister said that he and other family members used to meet Nawaz twice or thrice a week but now, they are only allowed to see him on Thursdays. “I was barred to meet with Mian Saheb today again despite of repeated requests. Not permitting mother, sister, brother and daughter to meet Nawaz Sharif is inhumane,” he tweeted.