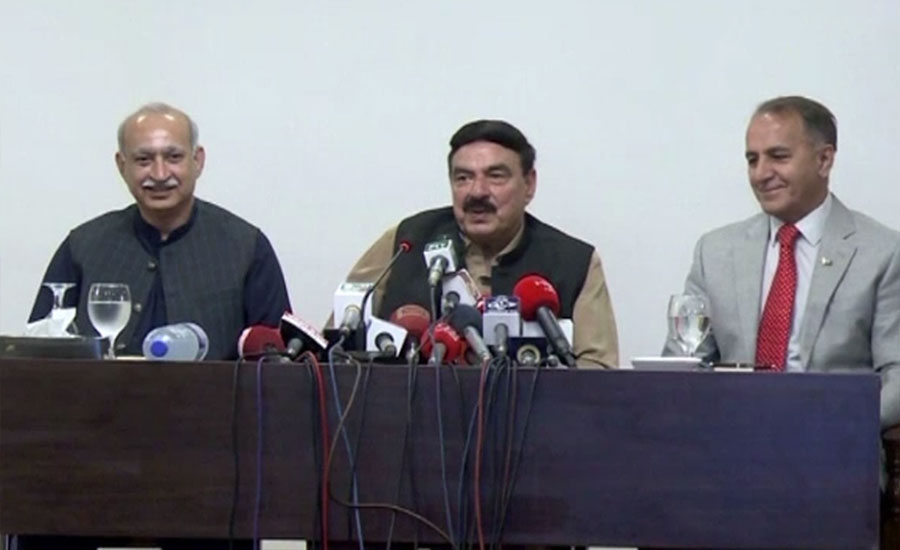 KARACHI (92 News) – Minister for Railways Sheikh Rashid on Tuesday claimed that Pakistan Muslim League-N (PML-N) president Shehbaz Sharif is trying to get an NRO deal. Talking to the journalists, the minister claimed that Shehbaz Sharif is pleading for NRO as well as Pakistan Peoples’ Party Co-Chairman Asif Ali Zardari also in queue to acquire NRO deal. Criticizing to JUI-F chief Maulana Fazlur Rehman, Sheikh Rashid said that he used the name of Islam and eyeing at Islamabad. He added that Zardari is also willing to get NRO deal. The railway minister vowed to end the financial crisis of the railway within a month. Rashid said that federal government is ready to provide all the required sources for the revival of Karachi Circular Railway project. He also said that five more trains will be launched in Sindh in first hundred days of the present government.