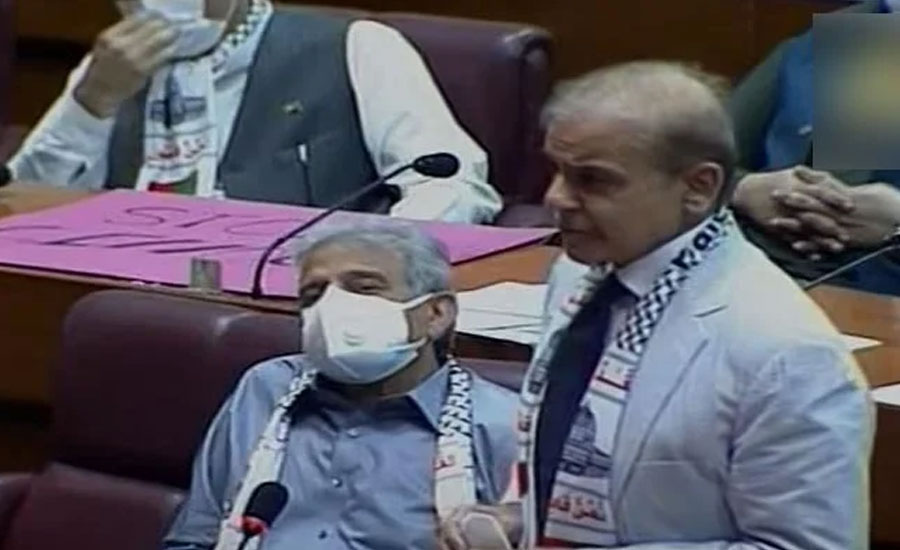 Addressing the floor of the National Assembly about the ongoing situation in Palestine, Shehbaz Sharif said that the middle eastern country continues to suffer massacre led by the Israeli occupation force, calling on the OIC and Arab League to soon commence a meeting on the matter.

"Innocent people were attacked in Al-Aqsa Mosque after which Israel's air force pummeled the Gaza strip and destroyed numerous homes. Since 1948, the way that Israeli governments and their armed forces have attacked Palestinians is not hidden from anyone," he said.

The PML-N president said that Islamic countries should represent people's emotions regarding the Palestine issue, adding that Muslim nations should unite and voice their concerns without wasting time.

"A similar situation is prevalent in Indian Occupied Jammu and Kashmir," he said. "I was shocked to hear that the foreign minister [Shah Mahmood Qureshi] said Article 370 — the revocation of Kashmir's special status — was India's internal matter," he said.

He said the Indian prime minister was no different as he meted out the same treatment in Kashmir and deprived them of the right to freedom.

Modi stands today where Hitler stood in his times, he said referring to the manipulated resettlements of Indians in Kashmir to erase the latter’s indigenous identity.