Shehbaz Sharif is in confused state of mind: Dr Firdous 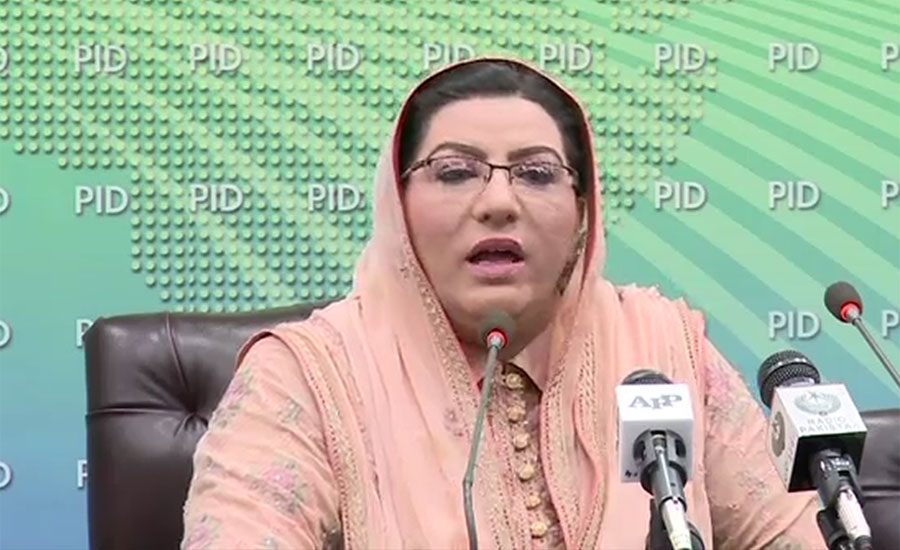 Shehbaz Sharif is in confused state of mind: Dr Firdous

ISLAMABAD (92 News) – Special Assistant to the Prime Minister on Information Firdous Ashiq Awan has said that Pakistan Muslim League-N (PML-N) president Shehbaz Sharif is confused in confused state of mind. In a series of tweets, she said the PML-N president is in a confused state of mind. “When he talked about political reconciliation, members of his party having ultra political ideologies became his obstacle,” she added.

She said Mr Sharif is at a loss which way he should to take. Whether he should follow in the footsteps of his brother Nawaz Sharif or listen to his heart, she added. “Na Ehil League has no narrative. They have interests rooted in personal business only,” she said. Earlier, Firdous Ashiq Awan has hinted at amending the budget, saying amendments will be made in the budget for the relief of the people.

Talking to the media on Wednesday, she said that the budget will be approved at all costs and threats can make no harm.

She rejected the negative propaganda against the prime minister. “The nation has witnessed how strong the waist of Shehbaz Sharif is. He gave a lecture by standing for two and a half hours,” she said. The special assistant said that Shehbaz Sharif had made the parliament a source of self-projection. “The prime minister’s dream of rule of law and supremacy of the constitution will come true. The opposition cannot stop Imran Khan from his mission,” he said. She said that the people have elected Imran Khan by rejecting both parties. “PM Imran Khan and Pakistan are part and parcel,” she maintained.