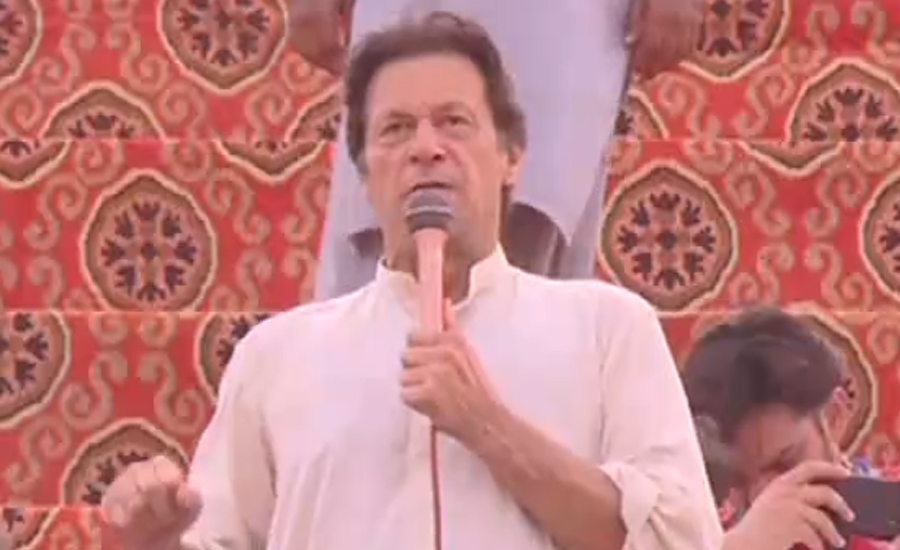 JHANG/FAISALABAD (92 News) – Pakistan Tehreek-e-Insaf (PTI) Chairman Imran Khan alleged that former chief minister Shehbaz Sharif killed 870 people and the Sharif's destroyed the police force. Addressing a campaign in Jhang rally, Imran Khan said that Shehbaz Sharif used the police to kill his own people as referring to the Model Town incident in Lahore in which seventeen people lost their lives after firing by the police. The PTI chief said that half of Punjab’s development budget was used in Lahore, while thirty per cent of the budget in Khyber Pakhtunkhwa was used to build institutions and thirty per cent funds were used at district-level. Meanwhile, he vowed to reform the Punjab police similar to the KP Police by eliminating political interference and merit-based recruitment. He said that crime and terrorism reduced significantly in KP, and the police force became an exemplary one. Imran Khan said that the Western democracies have move much beyond, and elected leaders do not boast provision of basic facilities such as healthcare, but rather this is the characteristic of monarchies. The PTI chief vowed to provide an empowered local bodies system which he said will solve the problems of the area. He said that the people should shun all differences and prejudices and vote for them, and hand over a heavy defeat to their opponents. Criticizing Nawaz Sharif in Faisalabad rally, Imran Khan said that there are two political parties in Pakistan made a charter of alliance in the name of democracy and looted money of the country through corruption. He said that former Punjab chief minister Shehbaz Sharif imposed a metro bus system in Multan, based on his own whims, worth Rs60 billion which was not running to full capacity and was making losses.