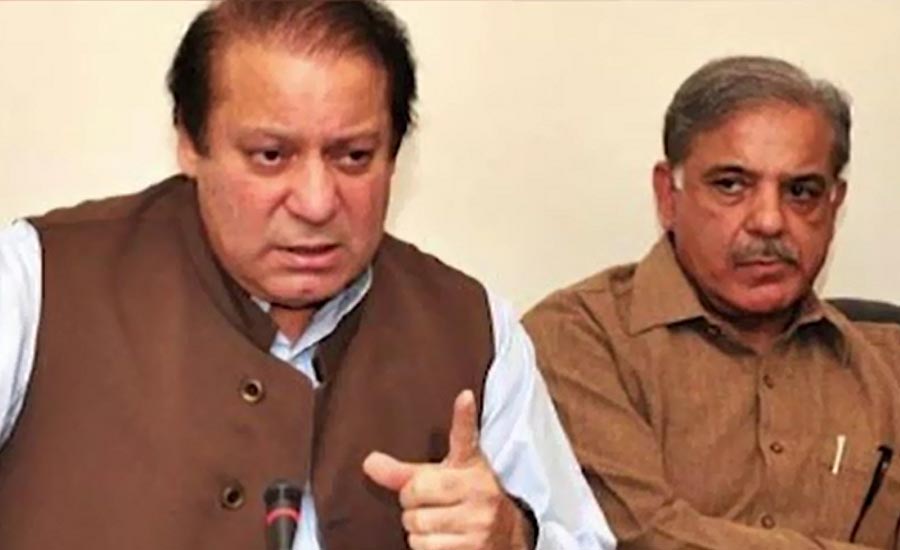 LAHORE (92 News) – Opposition Leader in the National Assembly Shehbaz Sharif met PML-N Quaid Nawaz Sharif, convicted in the Al-Azizia reference, in Kot Lakhpat jail on Monday. Shehbaz Sharif apprised Nawaz Sharif of the meeting with JUI-F chief Maulana Fazlur Rehman. They also discussed the future strategy. PML-N leader Ahsan Iqbal and Khawaja Asif were also present in the meeting. Meanwhile, Shehbaz Sharif and Maulana Fazlur Rahman will hold another meeting at former’s residence at 7pm today. They will discuss the Azadi March scheduled for October. They will also discuss the matter of national affairs. Earlier, Opposition Leader in the National Assembly Shehbaz Sharif said that arrest of the Pakistan Muslim League-N (PML-N) leaders once again proved the nexus of Pakistan Tehreek-e-Insaf (PTI) government and the National Accountability Bureau (NAB). Speaking on the floor of the National Assembly, Shehbaz Shairf said – amid uproar from the MNAs in attendance – Imran Khan is mistaken if he thinks he can pressure us with such cruel tactics. “They are pushing us against the wall, but we won’t be pushed back,” he vowed. He said that will ready to tolerate PM Imran Khan’s injustice but won’t bow down before him. “The arrest of PML-N leaders including Maryam Nawaz clearly proved the complicit between NAB and the incumbent government,” he maintained. He further claimed that Maryam’s arrest is an attempt to distract from the government’s failed policy on Kashmir. “It’s a tactic to distract from the sinking economy, from the crashing stock market,” he added.