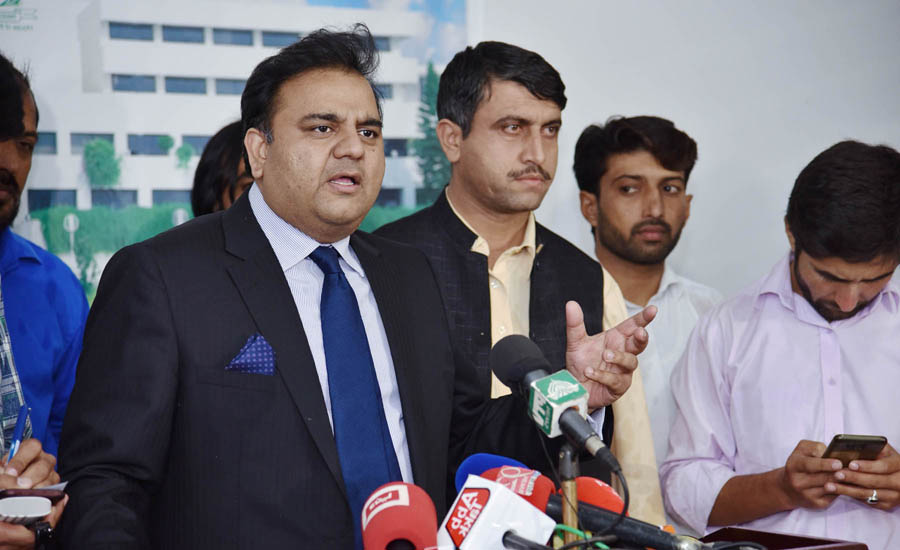 ISLAMABAD (92 News) – Minister for Information and Broadcasting Fawad Chaudhry clarified on Thursday that Opposition Leader in National Assembly Shehbaz Sharif is not acceptable for the Public Accounts Committee (PAC). Briefing the journalists outside the parliament, the minister that said there is a deadlock on appointing the chairman of PAC. He said the opposition is insisting to appoint Leader of the Opposition in the National Assembly Mian Shehbaz Sharif as Chairman PAC but will it not be ridiculous that Shehbaz Sharif, who is facing corruption charges himself, is given this position. He said if Shehbaz Sharif is appointed PAC Chairman how can he hold accountable his elder brother Muhammad Nawaz Sharif, who is also facing corruption charges. The information said the opposition is making hue and cry to get relief in corruption cases but it will not be possible at all. To another question he said that the government is working to bring reforms in the NAB laws and a task force headed by Law Minister Ferogh Naseem is finalizing its proposals to this effect.