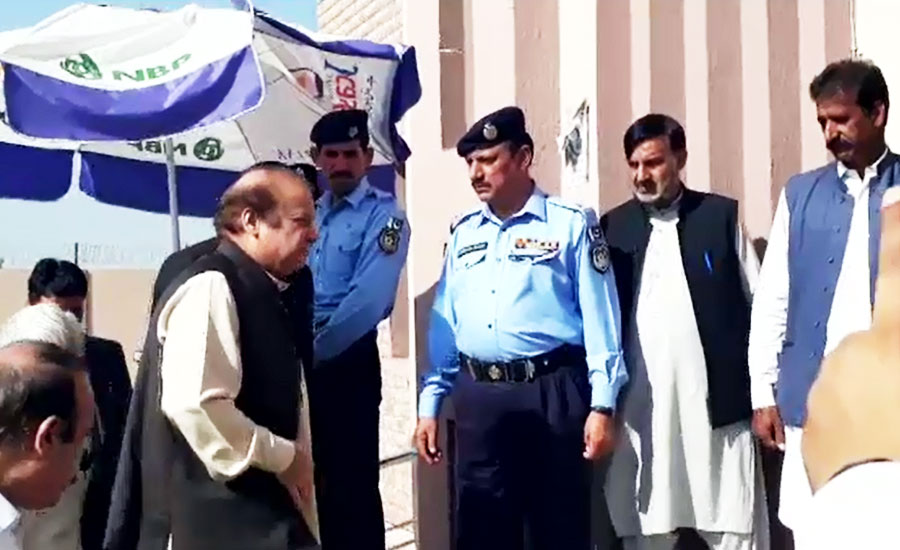 ISLAMABAD (92 News) – Former prime minister Nawaz Sharif on Wednesday said that Pakistan Muslim League-N (PML-N) President Shehbaz Sharif has taken notice of party leader Rana Mashhood’s statement. To a question outside the accountability court by journalist regarding his stance on Mashhood’s statement, Nawaz Sharif has taken notice of it already. Nawaz also told the reporters, “I am in another state of mind and you are asking me political questions.” However, when asked if Mashhood’s statement was party policy or not, Nawaz said, “You know better than me.” Earlier yesterday, talking to the journalists, PML-N leader Rana Mashood claimed that his party can form the government in Punjab within two months. He said that their issues with the establishment have been resolved. “Now it has understood that Shehbaz Sharif is the better choice.” He, however, denied any deal with the establishment. “Those considered horses have turned out to be mules. Everybody knows how the PTI gained the majority,” he said. The PML-N leader said that the PTI will have to show performance and it will not gain support from anywhere. “Had Shehbaz Sharif been the prime minister we would have not carried the begging bowl,” he said. He said that a lie was told about the amounts. “Nawaz Sharif has taken away the amount. It has been shifted to India. Why do you not bring back the money if it was so?” he declared. Rana Mashood said that now the accent of Nawaz Sharif and Maryam Nawaz will be low. “Each institution will do its job. Some circles did not accept our stance and now they have started accepting it,” he said. Responding to PML-N leader’s claim, Director General Inter Services Public Relations Maj Gen Asif Ghafoor has said that attribution of an obvious vested statement by PML-N leader Rana Mashood is baseless and regrettable. In a tweet on Tuesday, he said that such irresponsible expressions are detrimental to stability in the country.

Attribution of an obvious vested statement by Rana Mashhood is baseless and regrettable. Such irresponsible expressions are detrimental to stability in the country.