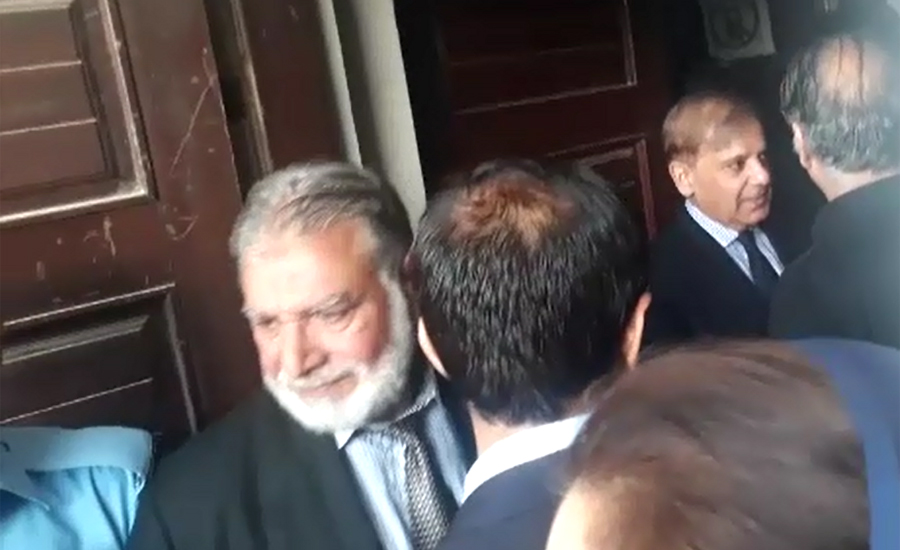 ISLAMABAD (92 News) – Accountability Court Judge Muhammad Bashir extended the transit remand of Opposition Leader in the National Assembly Shehbaz Sharif until November 10. The NAB had sought his transit remand until November 12. Shehbaz Sharif objected to the remand until November 10, saying that the NA session will end on November 9. He requested the judge to order the NAB to produce him in the court concerned on November 10. He said that the NAB had continued to investigate him during the transit remand. “Corruption of not a single penny was proved against me in any reference,” he maintained. On the other hand, Shehbaz Sharif also met his elder brother Nawaz Sharif. Earlier, the court had approved his transit remand for a week. On October 5, the NAB had arrested Shehbaz inside its Lahore office where he was summoned to record his statement before a combined investigations team in connection with the Punjab Saaf Pani Company case.