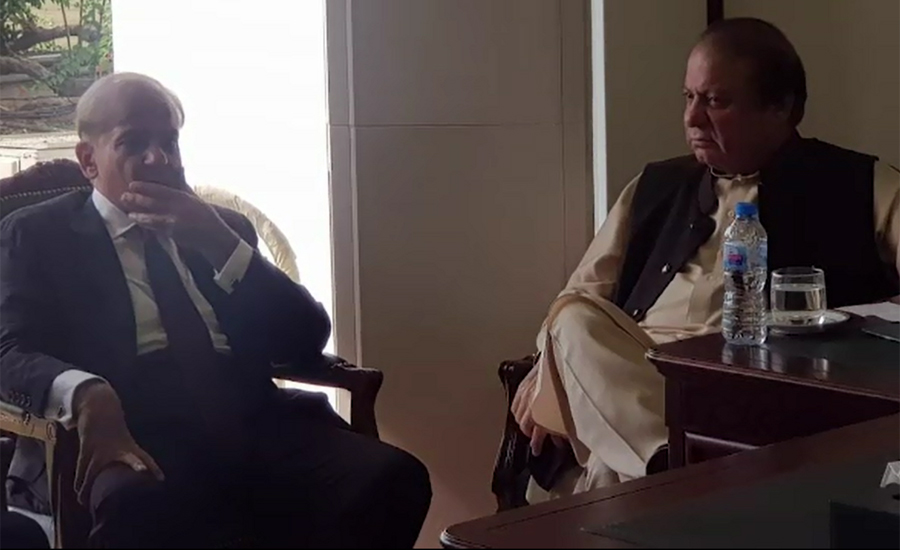 LAHORE (92 News) – Former prime minister Nawaz Sharif and Leader of the Opposition in the National Assembly Shehbaz Sharif met at the Minister’s Enclave on Wednesday. Opposition Leader Shehbaz Sharif’s transit remand was extended till the National Assembly which is currently ongoing ends. According to the sources, the meeting between the Sharif brothers continued around an hour and a half. During the meeting, the Sharif brothers discussed different issues, including National Accountability Bureau (NAB) cases against members of the Sharif family and party leaders. They also deliberated on the Khawaja brothers’ arrest by NAB and Hamza Shehbaz’s name added to the blacklist. They also discussed the opposition’s joint course of action in the face of NAB actions. It was also reported that the former premier instructed his younger brother to take all opposition parties along in the house.