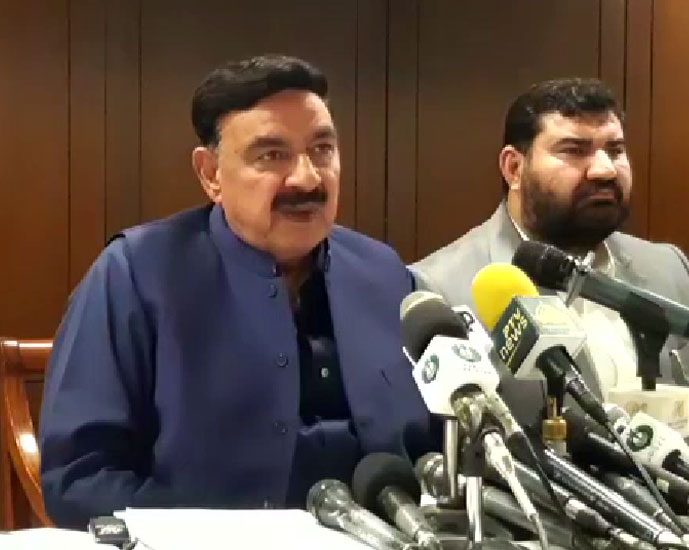 PESHAWAR (92 News) – Interior Minister Sheikh Rasheed said that a good politician never closes the doors of dialogue, adding that the government and the opposition will have to go to talks sooner or later.

Talking to the media on Friday, he said that PDM chairman Maulana Fazalur Rehman wants make them make a political mistake by taking them to a blind alley.

He said that PM Imran Khan will complete five years. "On February 16, Nawaz Sharif's passport will be cancelled instead of renewal," he added.

Sheikh Rasheed said that the case of Mufti Kafaytullah had been sent to the Khyber Paktunkhwa government.

Talking to the media after the Torkham visit, Interior Minister Sheikh Rasheed said that the government was modernizing the border management system according to the international standard. "The Torkham Border is the backbone of the country's economy. We can get an access to Centrral Asia through Torkham Border," he added.

The minister said that induction of four big components at NLG Terminal will make processing of containers and passengers further easy.