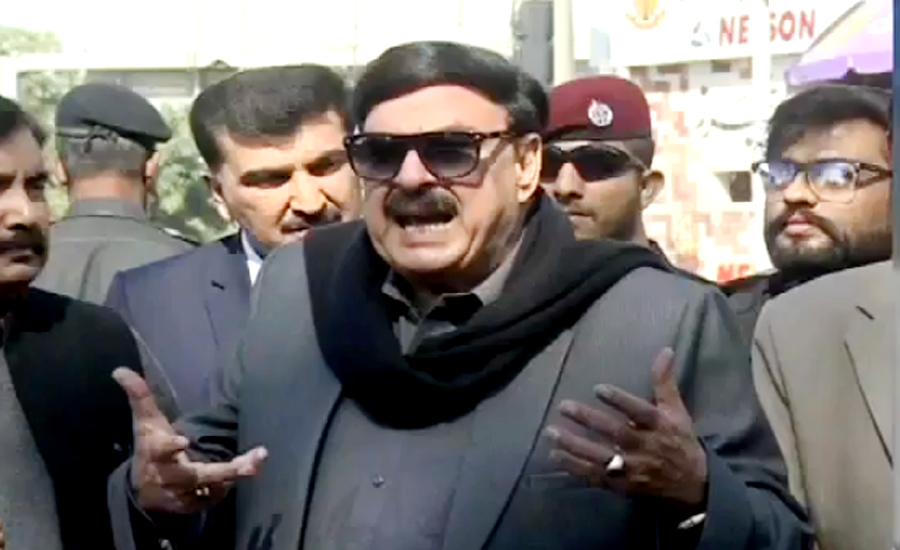 KARACHI (92 News) – Federal Minister for Railways Sheikh Rasheed has said that extension in the service tenure of Chief of Army Staff Maj Gen Asif Ghafoor is not an issue. Talking to the media on Thursday, he said that a legal team is looking into the matter the Musharraf case verdict. “Bilawal Bhutto is surrounded and he will also interfere in the matters like Maryam Nawaz. Asif Zardari wants a clean chit for Bilawal,” he said. He said that Bilawal Bhutto is coming to Rawalpindi and they would welcome him. Sheikh Rasheed said that people are taking to streets in India. “Modi can resort to misadventure along the borders,” he said. He said that there is no clash between institutions. Earlier on Wednesday, Minister for Railways Sheikh Rasheed has said that next 45 days are very important in politics. Addressing a press conference, he said that the opposition members had come out to protect their looted wealth. “I had sought permission from Imran Khan to utter some words, but he forbade me,” he said. Sheikh Rasheed said that India might resort to some misadventure on the borders. “India has installed missiles along the border in Kashmir. We should be ready round-the-clock.” He said that if someone thinks Imran Khan is leaving, it could not happen. About the PPP public meeting in Rawalpindi, he said that the PPP should hold the meeting as they have too much illegal money. To a question, he said that the legal team could better respond in the matter of Ahsan Iqbal and Rana Sanaullah. “We welcome the people holding public meeting in Rawalpindi. I want to tell them that I will also hold a meeting in Larkana,” he said.