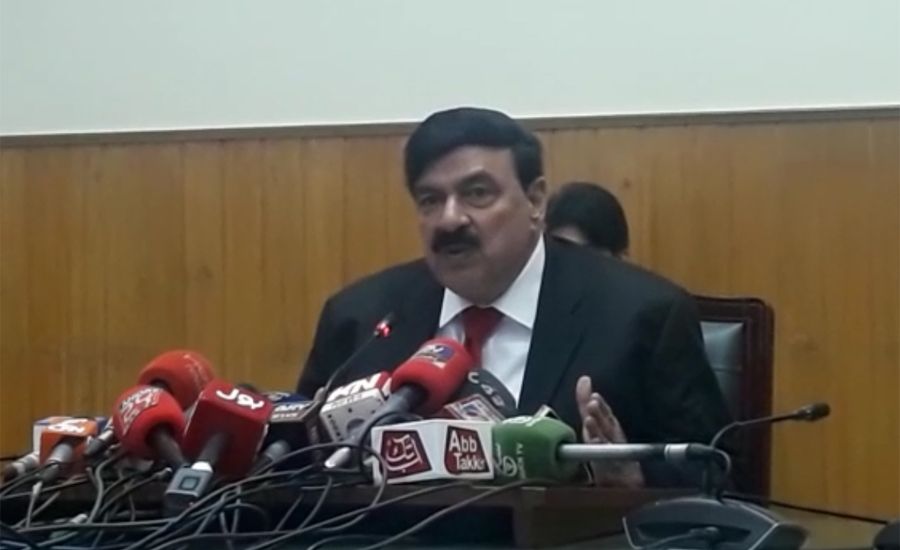 LAHORE (92 News) – Federal Minister for Railways Sheikh Rasheed has claimed that Opposition Leader in the National Assembly Shehbaz Sharif will not get the NRO. Addressing a press conference on Saturday, he said that the Sharif family and Asif Zardari are responsible for the worst conditions in the country. “Asif Zardari used the will of the slain PPP chairman Benazir Bhutto for his vested interests,” he said. The minister said that he had sent a message to Bilawal, advising him to be Bhuttto, not Zardari. “I am coming in the Public Accounts Committee. There will be no burden on the masses due to the mini budget,” he declared. He predicted that US President Donald Trump will visit Pakistan. “A big investment is coming from Saudi Arabia,” he said. Sheikh Rasheed said that he wonders how Asif Zardari would have been sleeping after the revelations in the fake accounts case. “I am worried about Bilawal Bhutto that what will happen with him,” he said.