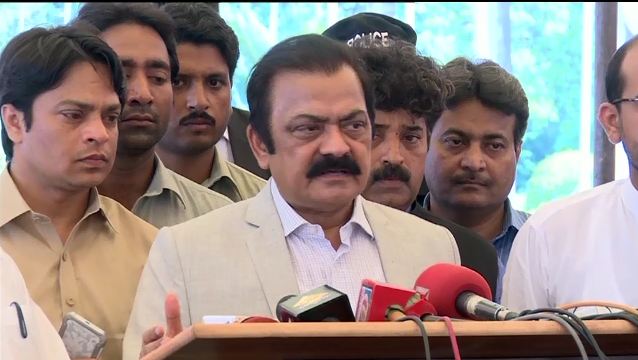 FAISALABAD (92 News) – Punjab Law Minister Rana Sanaullah has on Sunday said that Awami Muslim League (AML) chief Sheikh Rashid should commit suicide after the failure of Lal Haveli rally. Talking to media at Iqbal Stadium Faisalabad on Sunday, he said that Sheikh Rashid planned to block the roads of the federal capital but he could only manage to hold rally of three people. The minister said that shutting down Islamabad is unlawful and unconstitutional and no one is allowed to do this. He expressed concern over the Bani Gala situation but said that the writ of government would be prevailed by protecting people.