Shell-shocked New Zealand to be aggressive against Bangladesh 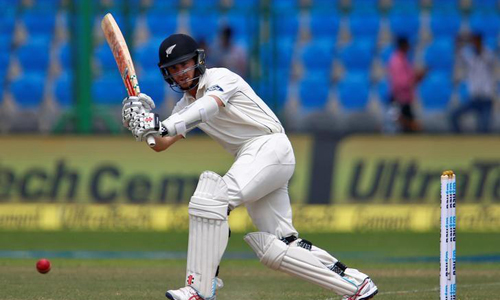 Shell-shocked New Zealand to be aggressive against Bangladesh

CHRISTCHURCH - A thrashing at the hands of Australia had been a salutary lesson for New Zealand captain Kane Williamson and his side would be far more aggressive when their one-day series starts against a confident Bangladesh team on Monday. Williamson's team had journeyed across the Tasman having beaten Pakistan in two tests and confident they could beat a shell-shocked Australian side who had been humiliated by South Africa and overhauled by the selectors. Instead, Australia hammered New Zealand 3-0 with an aggressive style of play with Williamson's team failing to capitalise on the few opportunities they did have in the series. "Hess (coach Mike Hesson) and I have spoken a bit about that series," Williamson told reporters in Christchurch on Sunday ahead of their first game against Bangladesh. "I suppose when you go away on a tour and get beaten like we did in Aussie there's a number of things you would have liked to have done a little bit better. It's important we learn from it and become a better side going forward." Williamson said his side would be more aggressive than they were in Australia, with the team's pace bowlers to be asked to put pressure on the Bangladesh batsmen. The only selection issue at Hagley Oval appeared to be over the balance of the quicks, with rookie Lochie Ferguson and Matt Henry likely to be the toss-up for the third seamer role on Monday. "With the depth in the pace department it is something we're looking at," Williamson said of the makeup of the side. "It's more the balance of the pace bowlers that we're trying to get right." New Zealand won the last match between the two sides, at Seddon Park in the pool phase at last year's World Cup. Prior to that narrow three-wicket victory, however, they had lost their previous seven completed fixtures against Mashrafe Mortaza's side, albeit all of those games were in Bangladesh. "At home they're extremely tough to beat," said Williamson, who was mindful Bangladesh in October had recorded their first test victory over England. "They've turned over nearly everyone in their home conditions and are getting more experienced around the world. "They have been getting better and better every year. We will need to play our best cricket." -Reuters