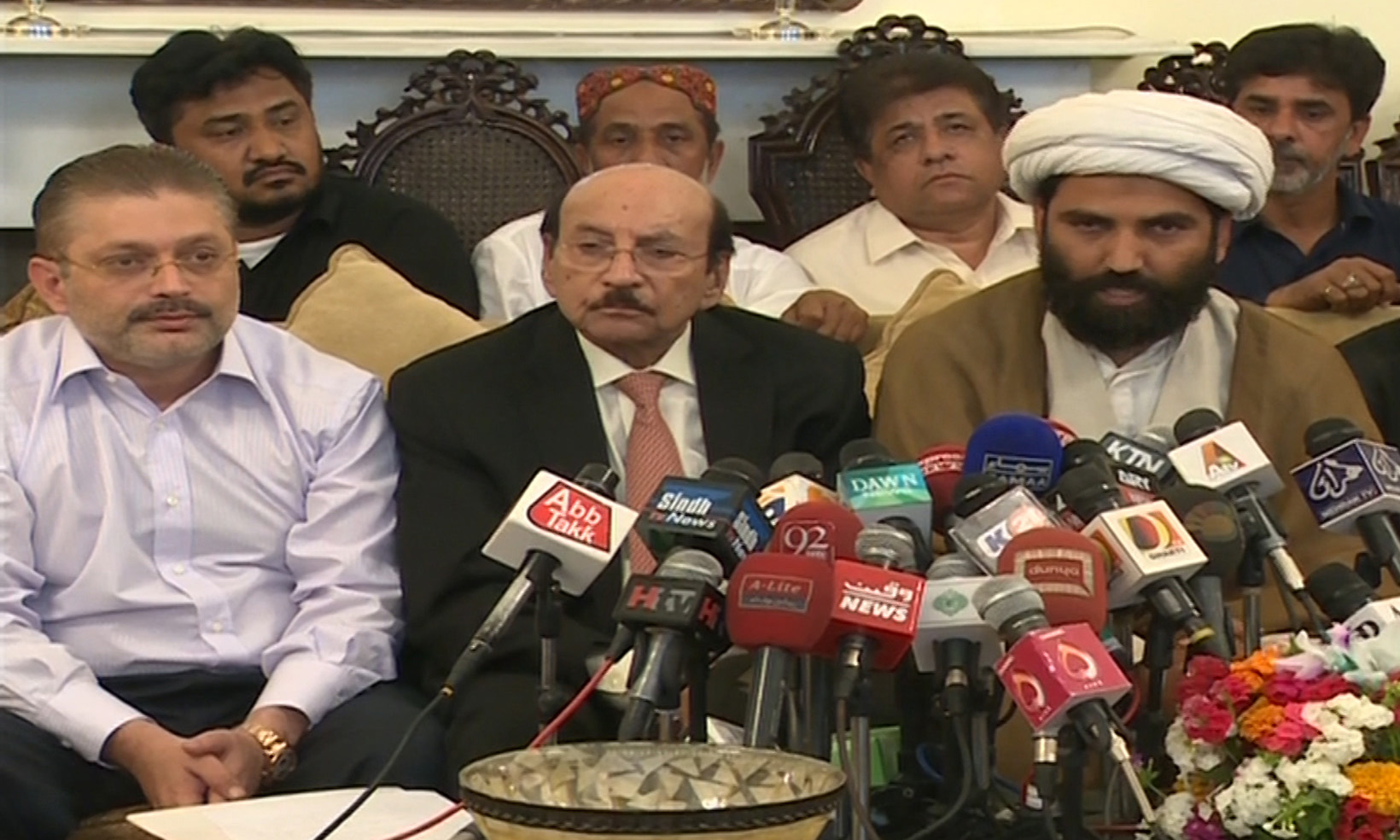 KARACHI (92 News) - Sindh Information Minister Sharjeel Memon has said that the Shikarpur blast case will be tried in a military court. Addressing a joint press conference with Sindh Chief Minister Qaim Ali Shah and Shikarpur Shuhada Committee leader Allama Maqsood Ali Domki, the provincial information minister said that an operation will be launched against the facilitators of terrorists across Sindh. He added that a joint interrogation team (JIT) will be formed to probe the blast.