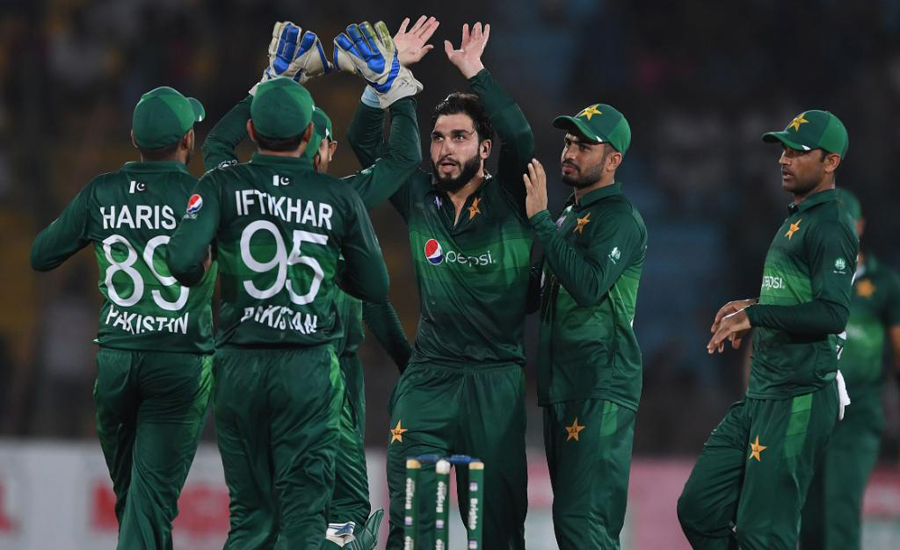 KARACHI – Pakistan marked the return of ODI cricket to Karachi with a 67-run victory over Sri Lanka in a pulsating and oscillating encounter. The hosts had the better of the early exchanges, racking up a strong total on the back of Babar Azam’s 11th ODI ton. He received strong support from Fakhar Zaman and Haris Sohail, who fell either side of their half-centuries after Imam-ul-Haq had helped the former add 73 for the first wicket. But the star was Babar, who strummed eight fours and four sixes in a trademark innings as he continued his ascent to the top tier of modern batsmanship, if he isn’t there already. Only three players have reached the mark of 11 ODI centuries quicker in terms of innings, and only two Pakistanis have made more ODI tons than him. Pakistan might have regretted not fully building on the platform laid by the top order, slipping from 215/2 to 305/7, a trio of run outs not helping their cause, but it seemed like it would barely matter as Sri Lanka slipped to 28/5 early on. Usman Shinwari was the destroyer in chief, claiming three top order wickets, while Mohammad Amir and Imad Wasim chipped in with a wicket apiece. Having claimed five wickets in the first 10.1 overs; however, none fell in the next 30 as Shehan Jayasuriya and Dasun Shanaka laid on an epic fightback. The pair rebuilt slowly at first before expanding, each pushing on past their half-centuries and taking the stand to 177, Sri Lanka’s highest for the sixth wicket in ODIs. As the partnership blossomed, so Sri Lanka’s hopes sprung anew, and heading into the final 10 overs, 104 runs were required with two batsmen set and five wickets in hand. It was the returning Shinwari who turned the game Pakistan’s way, nicking off Jayasuriya, who struggled with cramp through the latter part of his innings, for 96, the left-hander having doubled his ODI run tally in a single knock. Two balls later, Shanaka picked out Zaman at deep midwicket off a Shadab Khan long hop, and just like that the tourists’ hopes were all but extinguished. Shinwari picked off Isuru Udana to complete his second ODI five-for, and though Waningu Hasaranga swung the bat entertainingly for a time, Pakistan ran out winners by 67 runs. It was a margin that belied the competitiveness of an exciting contest. It was the return Karachi deserved after such a long absence, and, in the end, the result the joyous home fans wanted to see. –ICC