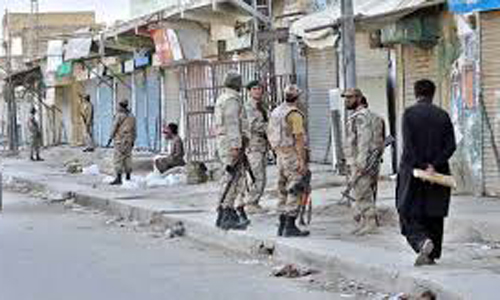 LORALAI (92 News) – Five policemen were martyred terrorists attacked a check-post of Levies with rockets in Mekhtar area on Friday. As a result, five policemen, including SHO, embraced martyrdom. A van was completely destroyed in the attack, while the driver was injured. The terrorists also lobbed a bomb on a vehicle. However, the vehicle remained unharmed. Later, the FC police and Levies personnel launched the search operation. However, no arrest could be made.