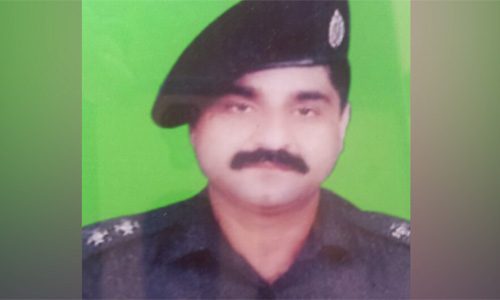 KARACHI (92 News) – Preedy SHO Aijaz Ali Khawaja was killed by the firing of unknown motorcyclists at Clifton Morr on Thursday. Ijaz Khawaja was coming to the police station from his house when two people riding on a bike opened fire on his car (BAU-071). He was critically injured and taken to hospital where he died. A heavy contingent of police reached the spot and collected the evidence. A four-member committee headed by the DIG South has been formed to probe the incident. The committee will also comprise of the SSP South, SSP City and SSP Investigations. Meanwhile, Sindh Chief Minister Syed Qaim Ali Shah has condemned the murder and sought a report from the IGP Sindh. He said that the sacrifices of the police officers will not go waste. He ordered to improve the security of police officers. Meanwhile, American national Dr Debra Lobo, vice-principal of a private medical, was injured when unknown gunmen opened fire on her.