Shoaib Malik did not get opportunity to play goodbye ODI match 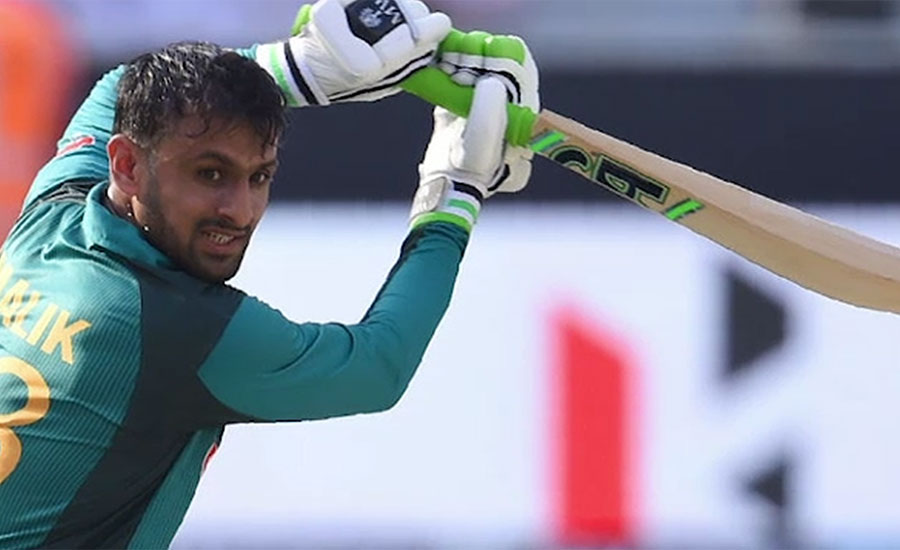 Shoaib Malik did not get opportunity to play goodbye ODI match

LONDON (Web Desk) – Pakistani veteran all-rounder Shoaib Malik did not get an opportunity to play a goodbye one-day international or farewell match. Malik had been sidelined since his duck in the match against India on June 16th. The 36-year-old who had announced he would retire from white-ball cricket at the end of World Cup only managed to score eight runs including two ducks in the three innings. Malik had said he wished for his last World Cup to be remembered as a golden farewell, but it is clear now that his match against India was the last one, where he got dismissed on a nought—hardly a farewell any batsman would have wished for. “2019 World Cup will be the last tournament of my ODI career and hopefully the team will succeed,” Malik had told reporters in Lahore at a press conference last year. He said he would continue to play T20 cricket after the end of his ODI career. But Malik failed, overall, to contribute to the Pakistan team’s performance in the World Cup 2019 campaign, as his inclusion was justified by his experience. He was also the first one to bowl against India but turned out to be an expensive off-spin bowler by giving away 11 runs in an over. He further displayed sloppy fielding in the prior matches, leaking boundaries, which proved him an unworthy investment in this mega event. Since the beginning of 2018, Malik has shown a visible decline in his performances as he scored only three half-centuries in the last 30 ODIs, scoring 608 runs at an average of 25.33. The Pakistani all-rounder played his last ODI match against India on June 16th. Photo: File In his vast career of 287 ODIs, Malik has scored 7,534 runs, fetched nine centuries, 44 half-centuries, and taking 156 wickets, and 96 catches. Over time, he remained a very dominant and known part of the Pakistan cricket team owing to him being an all-rounder.

Shoaib Malik retired from ODI cricket after Cricket World Cup 2019 and legendary Pakistan pacer Wasim Akram said that the all-rounder deserved a commendable farewell dinner. Legendary Pakistan pacer Wasim Akram feels that batting all-rounder Shoaib Malik, who retired after the ongoing World Cup, can be given a farewell dinner, not a farewell match. Malik had last year announced that he will retire from ODI cricket after the World Cup which is going on in England and Wales. “Of course, he had announced that he will retire after the World Cup. Unfortunately, it has not ended on a high note. I think he deserved to end his career on a high as he has done a lot for Pakistan cricket,” said Akram.