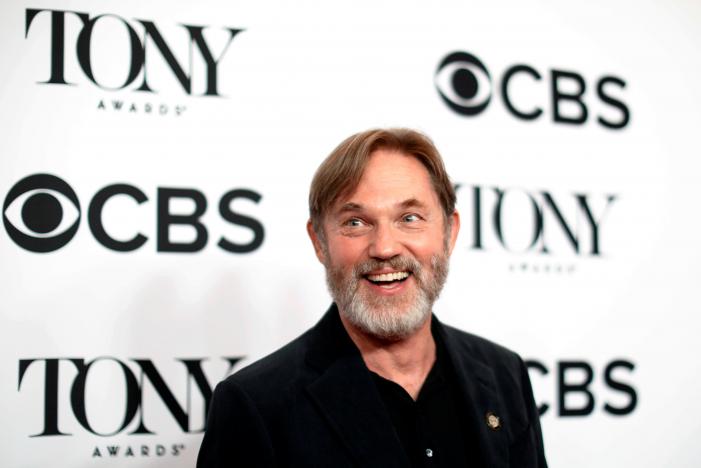 NEW YORK – From shock to excitement, nominees for this year's Tony awards described their range of emotions when they found out they were recognized for their work on Broadway.

Richard Thomas, 65, best known for playing John-Boy Walton in CBS TV series "The Waltons," told Reuters on Wednesday that he was shocked to hear his name on the list for best actor in a featured role in a play, for "The Little Foxes."

"This is my first nomination and I've been working on the street for a very long time, my whole life, so it's really gratifying and means a lot to me," he said.

Lucas Steele, who landed a nomination for best actor in a featured role in a musical for "Natasha, Pierre & The Great Comet of 1812," said all he wants to do is speak to his family but bad weather in his small home town of Wyalusing, Pennsylvania, has prevented phone communication.

"I come from a very, very small town and they live out in the rural country and they had a storm ... and it knocked out all the power, all the phone lines. I still have not talked to my mom," Steele said.

The annual Tony Awards, which celebrate achievements in New York theater, will announce winners at a ceremony hosted by Kevin Spacey on June 11. –Reuters