KARACHI (92 News) – At least seven police personnel were killed when some unidentified armed assailants opened firing at police in Orangi Town’s Bangla Market and Orangi 15 on Wednesday. The bodies of the martyred policemen were shifted to Abbasi Shaheed Hospital, while emergence has been imposed in the hospital. 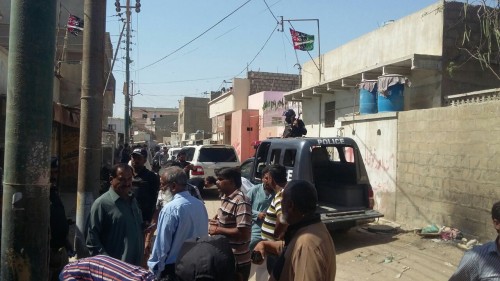 Police officials said that the attack was carried out by the terrorists. The cops were targeted during the lunch break The police personnel were deputed for the security of police immunization team. 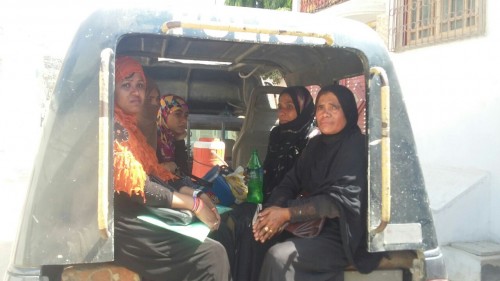 Police have cordoned off the area and launched the hunt for criminals. 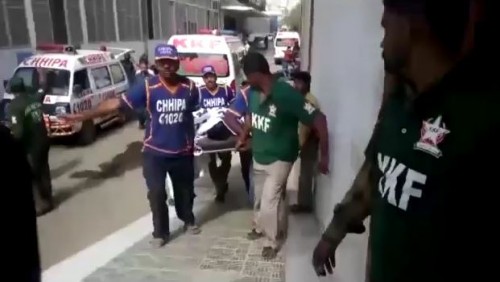 According to eye witness, the police personnel were martyred while defending polio immunization team. Prime Minister Nawaz Sharif strongly condemned the attack on police personnel and expressed grief and sorrow over the loss of lives. He further directed the authorities for investigation. The Pak Sar Zameen Party has also condemned the incident. Sindh Home Minister said that the polio immunization campaign has been stopped in Orangi Town immediately until further orders following the incident. He said that the police was targeted to sabotage Karachi operation. Sindh Rangers Director General Major General Bilal Akbar said that the police and Rangers teams will jointly investigate the incident. IG Sindh said that the children of martyred personnel will be given two jobs, while the heirs of the martyred policemen will be given Rs 2 million.