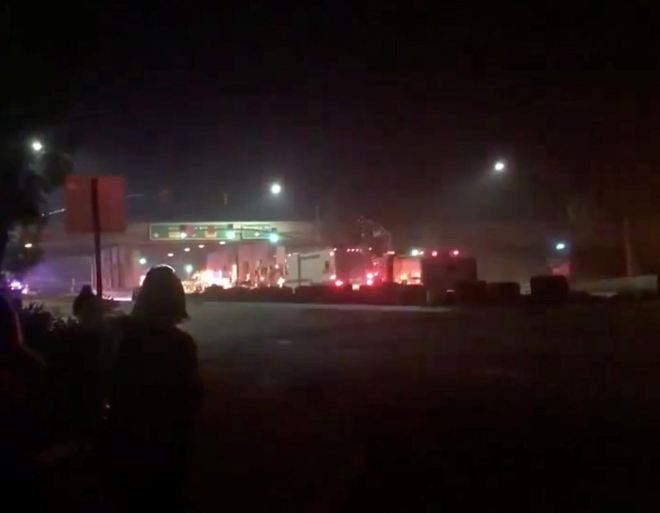 LOS ANGELES (Reuters) - Several people were wounded when a man walked into a Southern California bar and restaurant just before midnight on Wednesday and started shooting, according to news reports and social media accounts. Police have released few details and the accounts about the incident in Thousand Oaks, a Los Angeles suburb, varied widely. A Ventura County Fire Department spokesman said there were “multiple injuries,” and that rescuers and police were still on the scene at the Borderline Bar and Grill, a Country & Western- themed establishment. A Los Angeles CBS affiliate reported that six people were wounded and one police deputy sustained non-life threatening injuries. CNN reported that 11 people may have been wounded. It was unclear how the injuries were sustained or the extent. But most agree that there was a shooting and many people fled the bar and grill. CNN said people smashed windows with chairs to escape. Twitter postings from witnesses reported that one officer was shot. Social media postings varried widely from a man armed with a pistol firing up to as many as 30 times. No fatalities have been mentioned and suspect was reported to be in custody. The Ventura County Star reported that at least four ambulances were at the scene early Thursday to treat the victims.