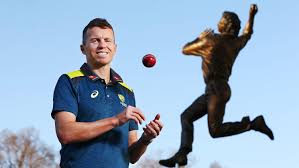 SYDNEY (92 News) - Peter Siddle, who last played a one-day international for Australia back in 2010, has been recalled for the ODIs against India, in one of several changes to the set-up.

With Australia standing at No 6 on the MRF Tyres ICC ODI Team Rankings in a World Cup year, and on the back of series defeats in England and at home against South Africa, the selectors went in for a drastic revamp in the 14-man squad announced on Friday, 4 January. Along with Siddle, Test regulars Usman Khawaja and Nathan Lyon have earned recalls, while Jhye Richardson, Jason Behrendorff and Billy Stanlake join Siddle in making up a new-look pace attack.

With Peter Siddle returning to the Aussie 50-over squad, here's a look back at his most recent ODI wicket back in November 2010! #AUSvIND pic.twitter.com/xcATzfSAz2

Batsmen Travis Head, Chris Lynn, D'Arcy Short and Ben McDermott, and all-rounder Ashton Agar have been left out from the side that lost 1-2 to South Africa. The fast-bowling trio of Mitchell Starc, Josh Hazlewood and Pat Cummins have been rested after the four-match Test series, and Nathan Coulter-Nile missed out following a complaint of lower-back soreness. Aaron Finch, dropped for the final Test, remains ODI captain, with Alex Carey and Mitchell Marsh as his deputies. Shaun Marsh, all-rounders Glenn Maxwell and Marcus Stoinis, and leg-spinner Adam Zampa retain their places. “After a disappointing period in ODI cricket, the National Selection Panel along with team coaches have reviewed our performances across this format and we’ve identified a number of key areas that we feel we need to improve in order to help put this team in the best possible position to turn this period around ... [and] to help defend our World Cup title," Trevor Hohns, the national selector, said in a statement.

"I'd love to get back in the yellow-and-green for Australia" – Peter Siddle is eyeing a T20I spot following recent success in the #BBL. Details 👇https://t.co/2k4qcKgEiR pic.twitter.com/bH2TONooSe

Siddle, 34, played the last of his 17 ODIs eight years ago against Sri Lanka in Sydney. He has enjoyed a good run in the Big Bash League, however, helping him break into the side. “It’s wonderful to have Peter back in the squad for the first time since 2010. His white ball cricket has improved considerably the older he has got, and his selection is great reward for his professionalism and strong leadership qualities,” Hohns explained.

"Travis Head, Darcy Short and Chris Lynn have had opportunities to cement their spots, but unfortunately, they have not been as productive as we would have liked"

Lyon, who featured in the ODI squad for England but was left out against South Africa, is back in contention. "Nathan is the best off-spin bowler in the world and we’ve noted how successful teams around the world have been using a two-pronged spin attack in the right conditions in white ball cricket, something we are very mindful of heading to the World Cup,” the selector added. He identified Khawaja as "a batsman we know can put vital runs on the board" and praised the recalled Peter Handscomb as "a batsman we know can hold an innings together". 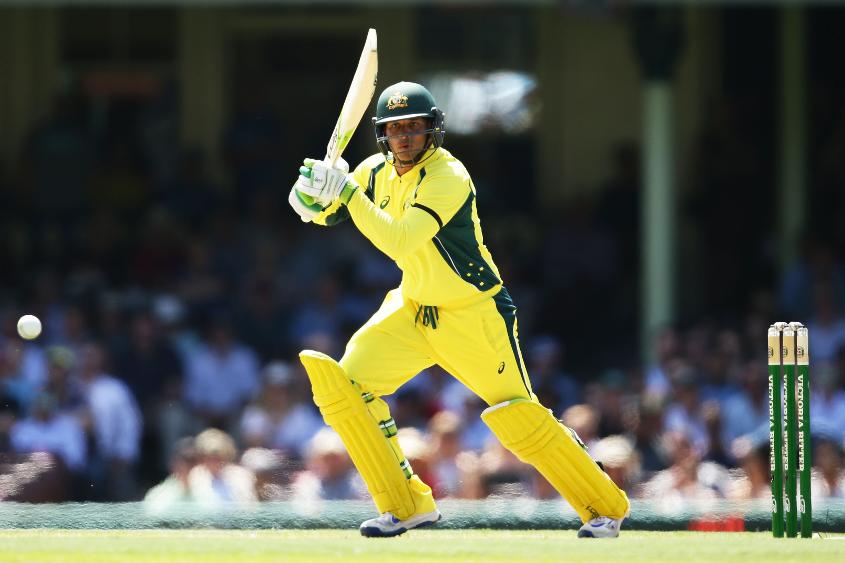 Usman Khawaja last played an ODI in January 2017
“Travis Head, Darcy Short and Chris Lynn have been unlucky to miss out. All three have had opportunities to cement their spots, but unfortunately, they have not been as productive as we would have liked in recent times when playing ODI cricket for Australia,” Hohns said. “Unfortunately for Ashton Agar the return of Nathan Lyon as one of our specialist spinners means there wasn’t a place available in the squad for him.” Australia and India will play three ODIs, on January 12, 15 and 18. Australia squad: Aaron Finch (c), Usman Khawaja, Shaun Marsh, Peter Handscomb, Glenn Maxwell, Marcus Stoinis, Mitch Marsh (vc), Alex Carey (vc), Jhye Richardson, Billy Stanlake, Jason Behrendorff, Peter Siddle, Nathan Lyon, Adam Zampa