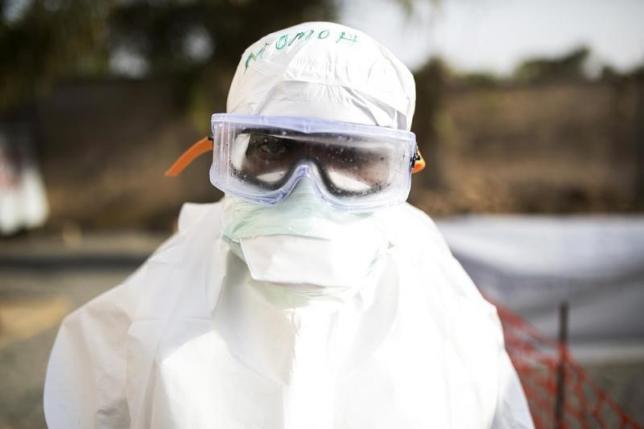 SIERRA LEONE - Sierra Leone lifted its last major Ebola quarantine on Friday as President Ernest Bai Koroma expressed confidence that the country would soon be free of the virus. The more than 500 residents of the northern village of Massessebeh gathered in the streets, singing and waving palm branches, after Koroma cut a piece of tape used as a cordon. "I am sure within August we will start counting the first 21 days of zero (new cases)," said Koroma, referring to the incubation period of the virus. "I believe we cannot go back, we can only go forward." Sierra Leone now has just two confirmed Ebola patients, he added. The 18-month epidemic has killed more than 11,200 people in West Africa but case numbers have fallen sharply, with just one reported in Sierra Leone and two in Guinea last week. Neighboring Liberia, which has the highest death toll from the epidemic, has no current cases. Ya Amie Koroma, 85, no relation to the president, stood in front of her house and danced to celebrate the end of the three-week quarantine. "All I want now is to see my great-grandchild," she said. The baby was born in a health facility outside the village. Other Massessebeh residents say the quarantine period, imposed after just one resident died from the virus, has been gruelling despite daily provisions of food and water by the United Nations children's agency UNICEF. Ramatu Sankoh, 20, is one of three women who had to give birth in isolation during the quarantine. "I did not feel good living under quarantine because I was pregnant and my husband, who would normally go out to fend for us, could no longer do so because of the restrictions," she told Reuters, clutching her newborn baby. A 14-year-old girl, Emma Kamara, said she had not seen her parents for weeks, since they were out working at a mine when the quarantine was enforced. Small communities of a few dozen people remain under quarantine in other parts of the northern Tonkolili district and in Sierra Leone's capital Freetown. - REUTERS