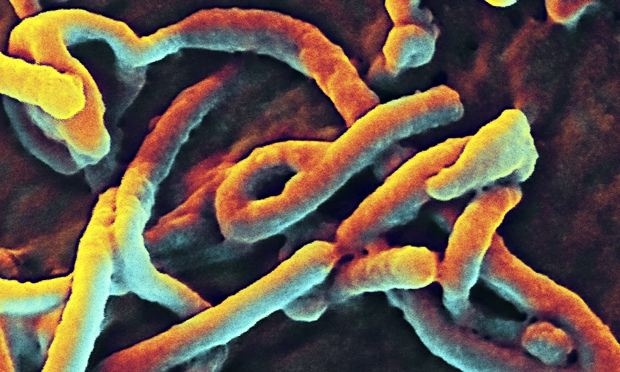 FREETOWN  - Sierra Leone's eastern district of Kailahun, once a hotbed of Ebola, has recorded its first case in nearly four months, threatening progress made to stamp out the disease, officials said on Saturday. A 9-month-old boy tested positive for Ebola after dying in Kailahun, the district on Guinea's border that recorded Sierra Leone's first Ebola case last May and was for months the epicenter of the crisis. Kailahun went from recording up to 80 infections per week in June to zero cases at the end of last year. Nearly 3,800 people have died of Ebola in Sierra Leone but numbers of weekly cases are falling as steps to control the disease take hold. However, Winnie Romeril, a spokeswoman for the World Health Organisation, said local and foreign experts had been dispatched to investigate the case after the positive test result.
Kenema and Kono, two other eastern districts, have recorded a handful of cases in recent months but Kailahun's successes had been cited as examples for other areas to follow.
Alex Bonapha, the Kailahun district council chairman, said it was not clear how the boy may have contracted Ebola as both his parents were healthy. He said the boy may have gotten the disease during a blood transfusion or there may have been a problem with the sample that was tested. Sources at the Nixon Hospital in Kailahun District confirmed that the boy underwent a blood transfusion before dying. "I am aware of the weakness in the health system which means that the blood transfused into the baby could well not have been the blood that had been donated by his uncle," Bonapha said. A ministry of health official expressed serious concern over the case, which came as the focus of local and international health officials is on the north and west of the country, the latest areas affected by Ebola. Liberia, once the hardest hit of all the countries in West Africa, has detected no Ebola cases after the last confirmed patient died at the end of March. However, Guinea has imposed a 45-day state of health emergency to tackle a spike of cases in the country where the outbreak was first confirmed last year. As part of these measures, authorities closed all private medical clinics in Kindia, 135 km (84 miles) from the capital Conakry, after a new case of Ebola was recorded there. The worst Ebola outbreak on record has now killed nearly 10,500 people, mainly in Liberia, Sierra Leone and Guinea. - Reuters