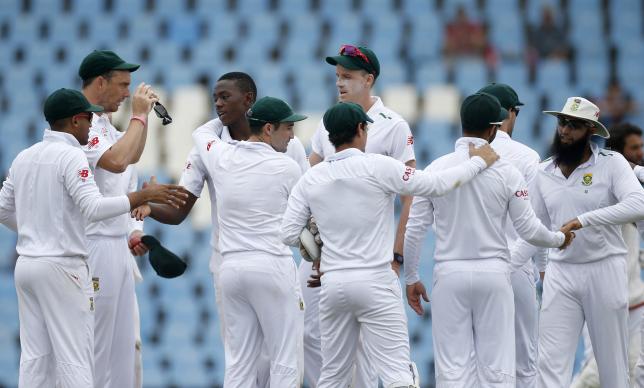 CAPE TOWN - For the first time in a decade, South Africa have been forced to acknowledge they are on the decline following back-to-back series losses to India and England that have knocked them off the top of the test rankings.

And things could get worse still if their captain, AB de Villiers, decides that his future lies away from the five-day format of the game in the coming months.

However, following South Africa's 280-run win over England at Centurion Park on Tuesday, there is a growing hope that they can reverse their recent slide as a number of much needed pieces in the puzzle have started falling into place.

The emphatic victory does need to be placed into context -- England had already claimed the four-test series and played with less intensity, while South Africa won a crucial toss on day one.

But there were some outstanding individual performances from the home side that answered a number of their most pressing questions.

Not least the 13 wickets for 20-year-old fast bowler Kagiso Rabada, who has all the attributes to become a match-winner for the side over the next decade.

He is one of the most exciting pace prospects to hit the test scene in a number of years and, with Dale Steyn and Vernon Philander expected to return from injury for the next test series against New Zealand in August, the fast bowling stocks look healthy.

There were excellent centuries too for debutant opener Stephen Cook and young wicketkeeper Quinton de Kock, who has the potential to bat higher than his current seventh position, possibly allowing for an extra bowler.

Cook, at 33 years of age, is not a long-term solution to the team's opening batting woes but he is organised enough to hold the fort for the next few years until a longer term replacement can be found.

Temba Bavuma showed maturity and no shortage of skill with an unbeaten 78 in the second innings at Centurion Park to follow his hundred in Cape Town.

Perhaps the biggest factor in South Africa's renaissance, though, will be the decision that de Villiers makes about his own future amid uncertainty created by his own words.

He has spoken of a desire to lighten his workload and should he end up retiring from the five-day format, test cricket would certainly be poorer for it.

De Villers' departure would not only significantly weaken the South African top six but also be a crippling blow to morale at a time when they have recently also lost two giants of the game in Graeme Smith and Jacques Kallis. South Africa can ill afford to lose another. -Reuters