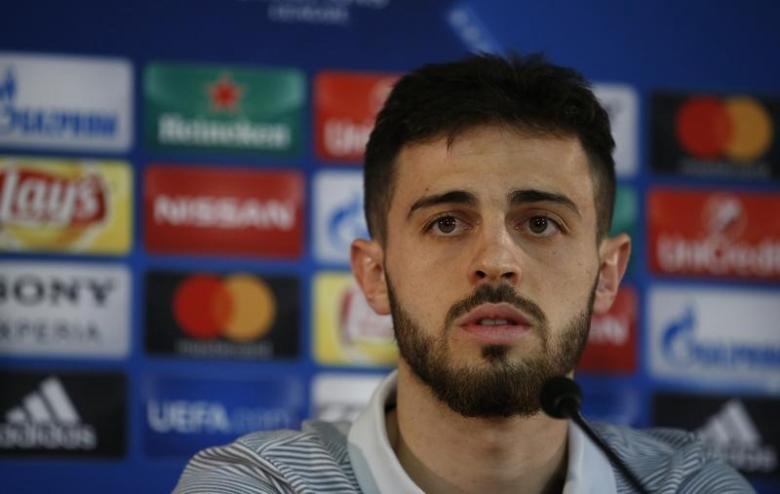 LONDON – Manchester City have begun what is predicted to be a record summer of spending across the Premier League by paying Monaco a reported 43 million pounds ($55 million) to sign versatile midfielder Bernardo Silva.

"Manchester City are delighted to confirm Bernardo Silva will join the club from Monaco on July 1," the club said in a statement on Friday.

The 22-year-old Portuguese has been instrumental in Monaco's title win this season -- their first in 17 years -- and was part of the side who beat City in the Champions League round of 16 and scored more goals than any other side in Europe's top five leagues.

Silva made 51 appearances last season, scoring 10 goals and assisting a further 10. He joined the French side in 2015 from Benfica where he came through the academy and was nicknamed "Little Messi". He has won 12 caps for the national side.

City manager Pep Guardiola is a long-term admirer, describing Silva as an "intelligent, physically strong" and a "fantastic player" equally at home anywhere in midfield before their meeting this season.

Silva's signing represents Guardiola's opening attempt to remodel the squad who disappointed in failing to win a trophy and finishing third in the Premier League this season.

They are expected to be one of the Premier League's top spenders, and have been linked in the British media with moves for Arsenal's attacking midfielder Alexis Sanchez and Tottenham Hotspur fullback Kyle Walker.

The 22-year-old Silva said: "I’m now at one of the best teams in the world. To be part of this club and to have this opportunity is great.

"Of course when you have the opportunity of being trained by Guardiola, you don’t say no... If not the best coach in the world, he is one of the best."