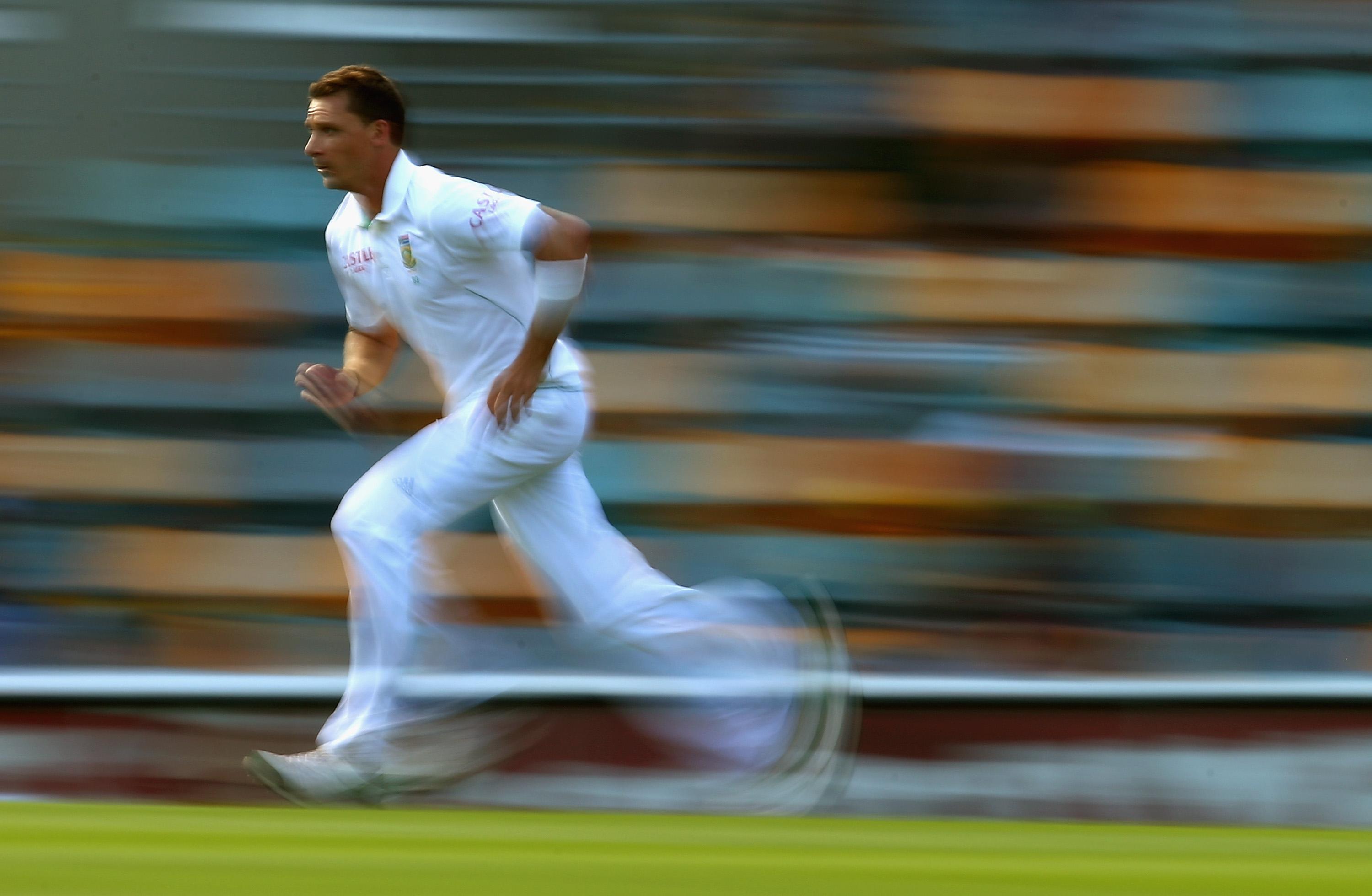 As play begun, his bowling partner and close friend Morne Morkel already had the champagne on ice...

Got a good feeling I’m popping these in the first hour.. so excited for @DaleSteyn62!! #422 pic.twitter.com/ENO5HWoKCC

And it didn't take long for the legendary fast bowler to strike, as Fakhar Zaman edged the first ball of Steyn's fourth over behind to take him to the milestone.

Shaun Pollock, the man Steyn replaced atop the tree, had a heartfelt statement ready and waiting...

...And the ground DJ had clearly done some preparations too!

Dale Steyn, we salute you! What a man, what a player. Fitting that “Simply the best” is playing at Supersport Park, where everything started! Congrats legend @DaleSteyn62

Of course, Steyn is no stranger to striking quickly. In fact, he might just be the best there's ever been at it.

Best ever strike-rates for bowlers with 200 or more Test wickets:

But fast bowling is just one of his many talents.

Congrats to the coolest surfing, fishing , skateboarding fast bowler on the planet on becoming the leading wicket taker in Test cricket for South Africa 🇿🇦🙌🏼🥂 Dale Steyn you beauty… https://t.co/GrAIortFaC

The tributes soon started pouring in, not just from South Africa but from around the world.

Well deserved for a true champion. Lengend of a cricketer and a legend of a bloke. https://t.co/qUC99pgvAL

To take over @7polly7 to become South Africa’s highest wicket taker in 19 tests lesser is some feat. Congratulations to @dalesteyn62! 🙌🏻 pic.twitter.com/Gfg7W3Laeu

And it wasn't long until people were wondering what the next record the paceman had in his sights was!

Didn’t waste much time getting to 422 test poles this morning. @7polly7 will be proud there’s no doubt. I asked @DaleSteyn62 if he would love 500 test wickets and he said..Not sure if my body would allow it? Well you look fit, strong and motivated pal so let’s do this👊 pic.twitter.com/3PQnesb8Ov