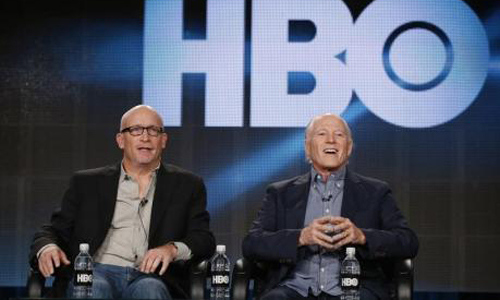 NEW YORK - Frank Sinatra tells his life story in his own words in a new documentary released this week as part of a year-long celebration to mark what would have been the singer's 100th birthday. The two-part "Sinatra: All or Nothing at All", which centers around Sinatra's 1971 retirement concert, uses old interviews, concert footage, never-before-seen home video and photos. "I think there was a moment where he thought he had had enough, for all sorts of emotional reasons. And he gave a concert that year, which was supposed to be his retirement concert," Alex Gibney, the film's director, said. "For me, as a guy who never wrote his autobiography, I thought that concert was his autobiography in song." The documentary uses music from the 1971 show and extracts from almost 16 hours of audio of Sinatra talking about his life, executive producer Frank Marshall said. "We took a lot of interviews and a lot of his own words and were able to kind of tell his life story in his own words. And that's what made it special," he said. The four-hour documentary will be screened on U.S. cable channel HBO on April 5 and 6. Sinatra, whose swooning voice won him legions of fans around the world, made his first recording in 1939. Known for classics such as "My Way", "New York, New York" and "Strangers in the Night", he kept recording songs almost until his death in 1998. "It's all represented. It's very special, it's been a very interesting process," Sinatra's youngest daughter Tina said at a red carpet event for the film on Tuesday. Celebrations honoring Sinatra, known as 'Ol' Blue Eyes' or 'Chairman of the Board', will be held throughout the year to mark what would have been his 100th birthday on December 12. Last month, an exhibition entitled "Sinatra: An American Icon", showcasing never-before-seen photos and personal mementos, opened at New York's Public Library for the Performing Arts. - REUTERS