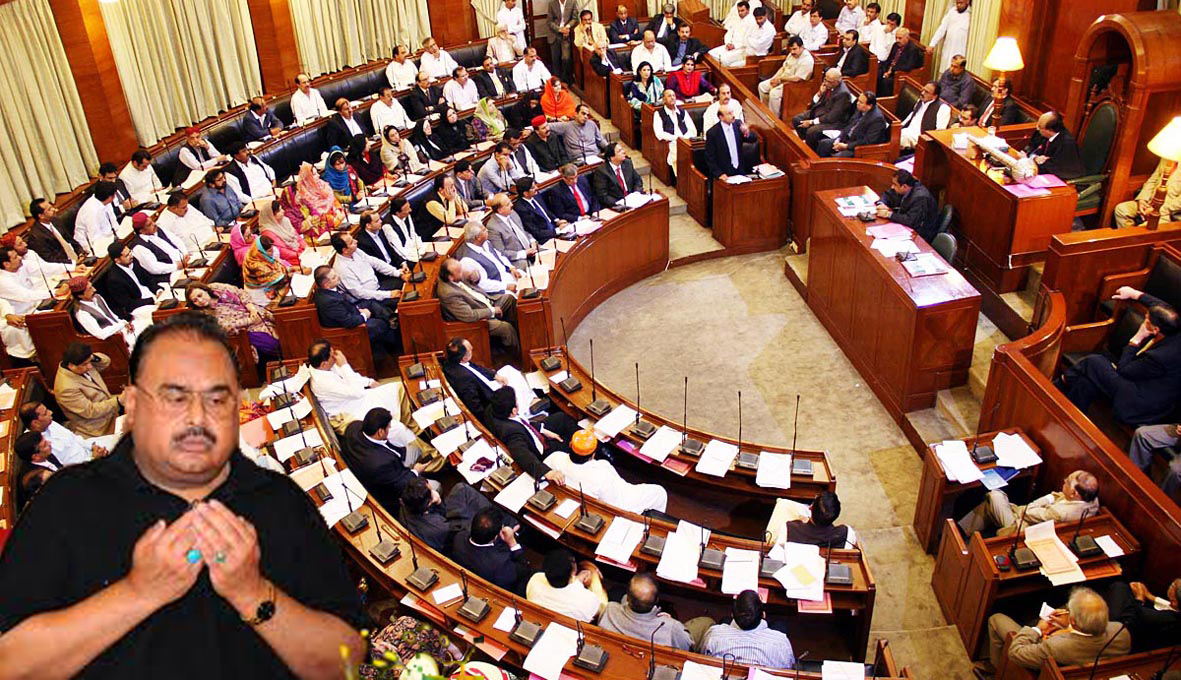 KARACHI (92 News) – Sindh Assembly has on Friday passed a resolution against Muttahida Qaumi Movement chief Altaf Hussain for his anti-army and anti-Pakistan speeches. As the Functional League, Pakistan Muslim League-Nawaz and Pakistan Tehreek-e-Insaf moved the resolution in the assembly, the MQM leaders started shouting in the lower House. The opposition said in its resolution to take action against MQM chief Altaf Hussain’s for giving remarks against Army, Rangers and the government. The Sindh Assembly session was suspended till Monday after passing resolution.