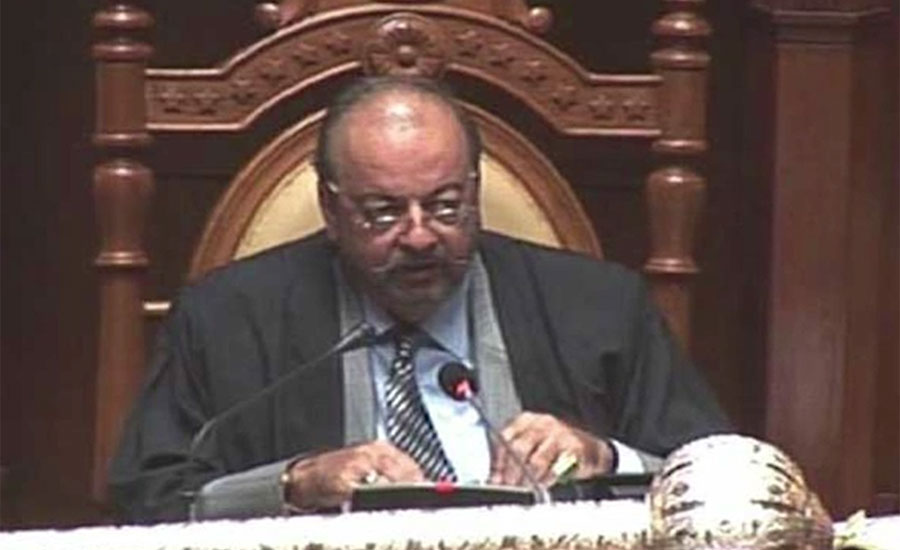 KARACHI (92 News) – The provincial government has declared Sindh Assembly Speaker Agha Siraj Durrani’s chamber at the provincial legislature building a sub-jail to detain him. According to the details, the Pakistan Peoples’ Party (PPP) leader will be kept in his chamber instead of prison for the time being. The provincial assembly’s secretary confirmed that the chamber has been declared a sub-jail to detain the speaker. It is noteworthy that the Sindh Assembly speaker is in judicial custody in an asset beyond means case filed against him by the National Accountability Bureau (NAB). The NAB has filed a reference against Agha Siraj Durrani for allegedly possessing assets beyond his known sources of income. The NAB named 20 persons including Agha Siraj as accused in the reference filed in an accountability court after an inquiry, which continued for three months and 10 days. According to the NAB charge-sheet the accused were involved in corruption of upto 1.6 billion rupees. On May 15, the National Accountability Bureau’s (NAB) executive board had approved 12 new inquiries and gave the go-ahead to filing of a reference against Sindh Assembly Speaker Agha Siraj Durrani in an assets beyond means case. The executive board meeting was held under the chair by NAB Chairman Justice (r) Javed Iqbal. The anti-graft watchdog also approved filing of references against PPP senator Rubina Khalid and Mazharul Islam, according to a statement. It approved 12 inquiries against Akram Durrani, Sher Azam, Ghulam Nizamani and others. The bureau approved filing of a reference against the erstwhile Fata’s education director Afzal Manan over alleged illegal appointment of teachers. The NAB chairman also approved a reference against the Sindh Assembly speaker. The corruption watchdog body said that Agha Durrani allegedly misused his powers and accumulated assets, causing a loss of more than Rs1 billion to the national exchequer. The NAB chairman directed the bureau’s officers to take corruption cases to their logical conclusion on a priority basis as per the laws. Earlier, the NAB Karachi had arrested Speaker Sindh Assembly Agha Siraj Durrani from a hotel in Islamabad in February this year.