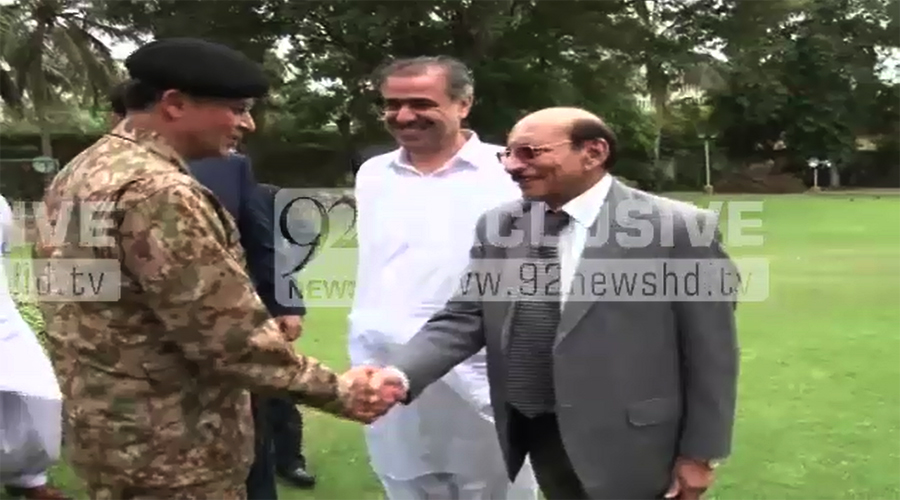 KARACHI (92 News) – Sindh Chief Minister Syed Qaim Ali Shah has assured Corps Commander Karachi Naveed Mukhtar and Governor Dr Ishratul Ebad of extending Rangers’ powers. The assurance was given during a meeting on Friday. In a declaration after the meeting, Chief Minister Syed Qaim Ali Shah said that the issue of Rangers’ powers would be resolved in consultation with the party leadership. He said that they highly respected the Sindh police and law enforcement agencies. The chief minister said that the government was serious in eliminating crimes like terrorism, extortion and kidnap for ransom. He thanked the Corps Commander Karachi Naveed Mukhtar who got the National Action Plan implemented with his personal interest. Later, he briefed PPP chairman Bilawal Bhutto about his meeting with the corps commander. On the other hand, PPP co-chairman Asif Zardari has summoned Farooq Naik to Dubai. The extension in the powers of the Rangers is expected in the next 24 hours.