He said that the federal government has started gas projects worth Rs 37 billion in Punjab while the federation had banned extension in gas projects.

The Sindh CM further reiterated that the gas producing province is being neglected, adding that the resentments are growing over the supply of gas on political grounds.

He said: “Punjab only produces 3 percent of gas reserves in the country while it uses 42 percent of the country’s gas, adding that this is a violation of article 158 of the Constitution.” 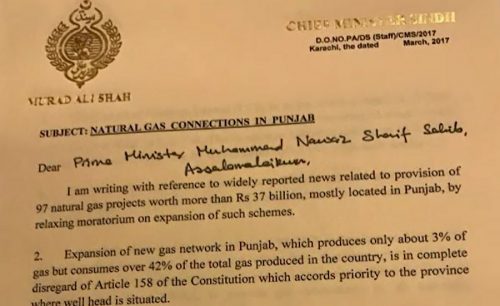