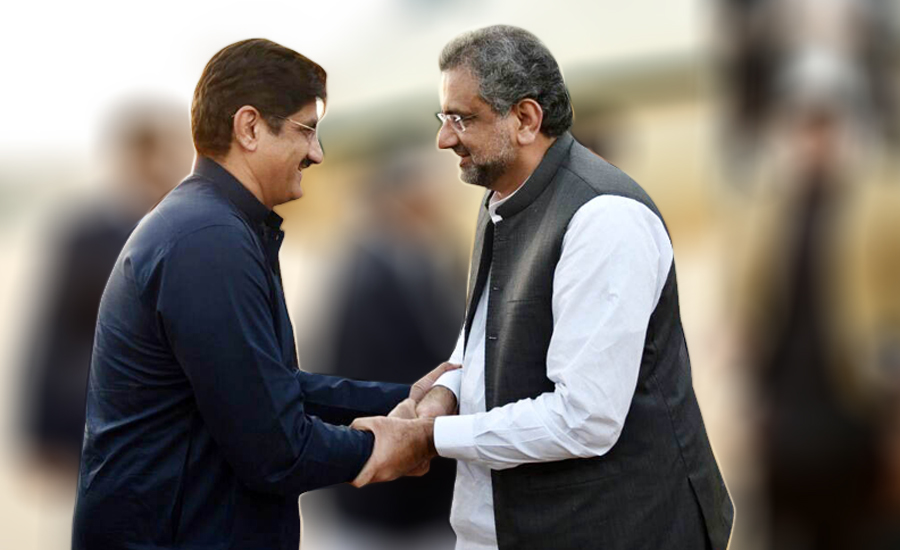 KARACHI (92 News) – Sindh Chief Minister Syed Murad Ali Shah has on Monday called on Prime Minister Shahid Khaqan Abbasi in Governor House in Karachi. During the meeting, the Sindh CM informed the prime minister about difficulties in the release of funds for the development projects. Murad Ali Shah also apprised Shahid Khaqan Abbasi about hurdles in the completion of Karachi Circular Railway project, saying that the project would be delayed if federal government didn’t take interest. Prime Minister Shahid Khaqan Abbasi assured the Sindh CM of resolving all the issues and said that Karachi is a mega city and the federation is completely aware of its responsibilities. The under construction projects of the federation will be completed soon, he said adding that the Sindh government will get its funds.