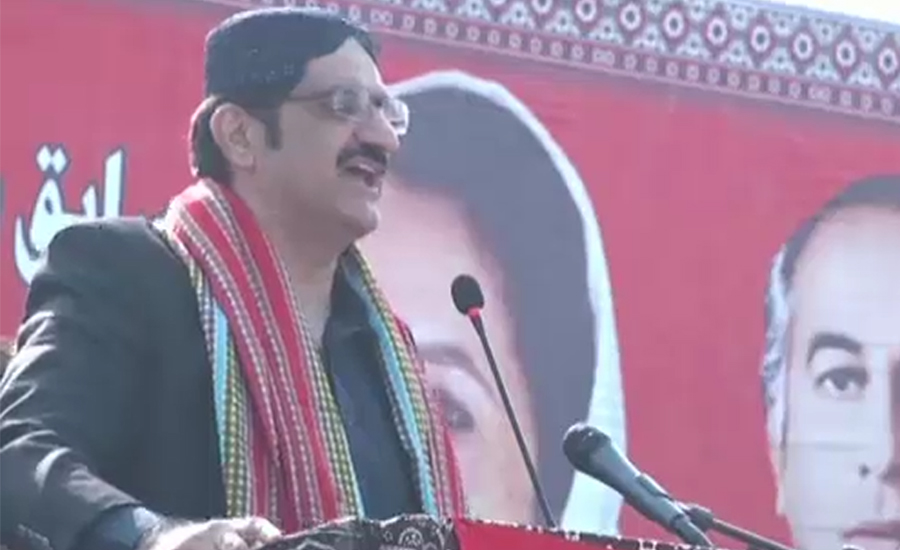 BADIN (92 News) – Sindh Chief Minister Syed Murad Ali Shah on Sunday lamented that the Sindh government got Rs90 billion less than its share in federal transfers over the past six months. Addressing to the public gathering in Badin, the Sindh chief minister said that the conspiracies against the Pakistan Peoples’ Party (PPP) would be ended soon, adding that the victory would be named to the public. “Any accountability cannot be removed the love of general public with the PPP,” he added. Lambasting the PTI-led federal government, saying no one has any expectations from the government. “The PTI government has no experience but they have been brought to power,” he said. https://92newshd.tv/why-choose-a-job-if-you-havent-command-on-it-zardari-lambasts-on-govt/ “This is the first time that tax collection has gone down in the last three months of the previous year. He said Prime Minister Imran Khan used to say he would not beg after coming to power but now he had been visiting the entire world for the purpose. Murad Ali Shah said that Sindh’s areas like Tharparkar and Badin will now be developed. He said more people voted for the PPP this time. “Thousands of people have gathered in Badin on such a short notice. They should realise now that their propaganda won’t work as victory belongs to people.” On the occasion, PPP co-chairman Asif Ali Zardari criticized that the capitan [PM Imran Khan] has picked up a ‘begging bowl’ and asking for money from every country. “Why do you do the job that you don’t have any command on…I’ve never played cricket because I didn’t know about it,” he said.