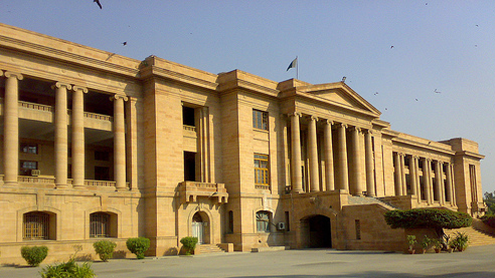 KARACHI (92 News) – The Sindh High Court on Friday allowed the National Database and Registration Authority (NADRA) to issue weapons licenses. SHC Chief Justice Faisal Arab headed the two-member bench of the hearing. In the court proceedings, the additional deputy attorney general (ADAG) stated that mosques, churches and other worship places are being targeted in the recent wave of terrorism, hence the court allow NADRA to issue weapons license so that people can safeguard themselves. The CJ approved the government’s plea allowing the NADRA to issue weapons licenses. “The court does not wish to meddle in the affairs of the government in the prevailing law and order situation in the country,” he said. The ADAG further told the court that the government had cancelled 3,000 weapons licenses in the wake of recent terror activities. No weapon license will be issued without NADRA’s verification in future, he said.