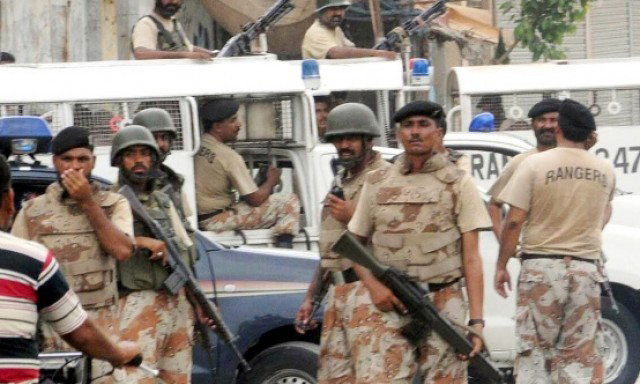 KARACHI (92 News) – Sindh Rangers has on Friday detained two target killers and eight other people for snatching hides of sacrificial animals in different incidents in different areas of Karachi. Sources said that, on a tip off, Sindh Rangers carried out a raid in Khara Darya’s Yadgar Chowk and Sarjani Town and arrested two target killers namely Faisal alias Paratha and Rehan alias Bahari. The target killers were involved in more than 50 incidents of target killings and extortion. Faisal was an activist of Muttahida Qaumi Movement (MQM), while Rs 500,000 was the head money of target killer Rehan. Meanwhile, strict security arrangements were made on the occasion of Eid and Rangers have apprehended eight people for snatching hides and recovered dozens of hides.