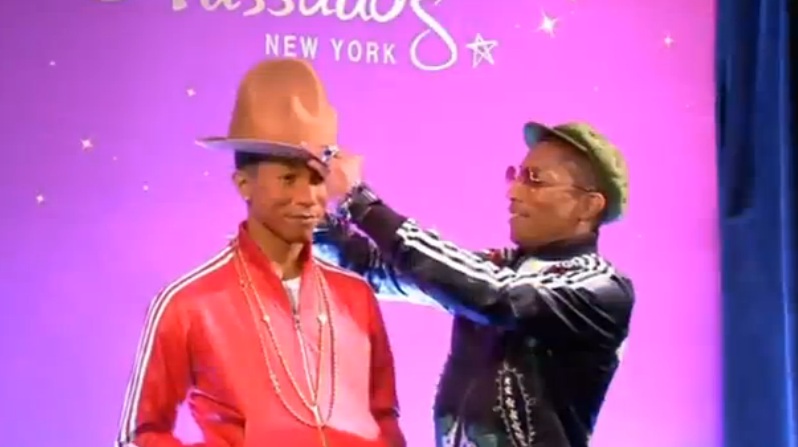 NEW YORK - Singer Pharrell Williams became the latest celebrity to join Madame Tussaud's music stars gallery, when he met his wax double at the museum in New York. The musician, known for songs such as "Happy" and "Get Lucky" for which he teamed up with French duo Daft Punk, said he was nervous ahead of the unveiling of the figure on Wednesday. "I'm excited and scared at the same time," he said. The figure is dressed in a look Williams' wore to the 2014 Grammys Awards, made up of a red leather jacket teamed with a brown hat donated by British designer Vivienne Westwood and jewelry designed by British artist Damien Hirst. - Reuters