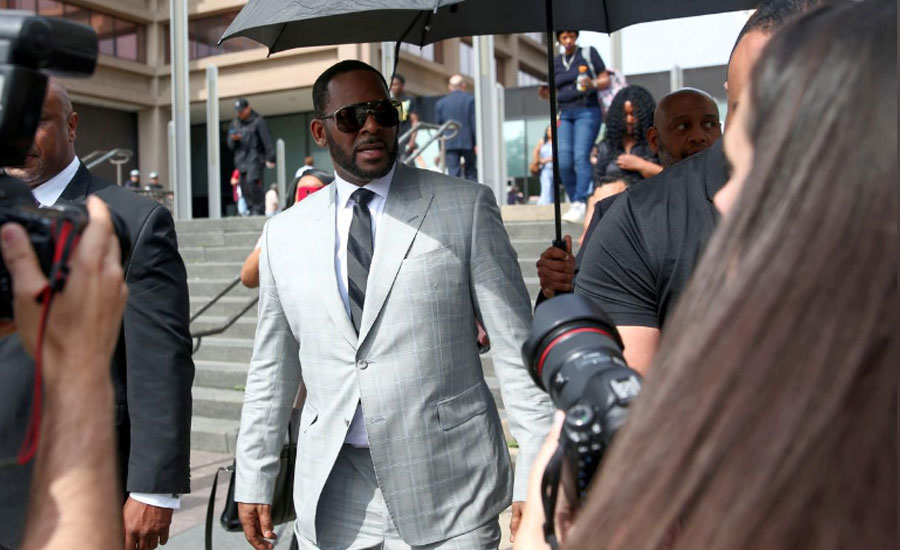 (Reuters) - US R&B singer R Kelly faces a bail hearing over federal charges that he ran a racketeering scheme trafficking women and girls for sex.
In indictments unsealed in Brooklyn, New York, and Chicago on Friday, the prosecutors said Kelly, 52, forcibly kept people under his control and then intimidated witnesses and bought their silence. Kelly, already charged with sexual assault in Illinois, was taken into custody by New York City police detectives and federal agents on Thursday in Chicago. The Grammy award-winning singer is set to appear in U.S. District Court in Chicago on Tuesday for a detention hearing on both the Chicago and New York indictments. He faces counts ranging from enticing a minor, to child pornography and obstruction of justice. Kelly’s lawyer Steve Greenberg in a statement on Friday said charges stem mostly from “decades-old” conduct and were already part of the Illinois case or previous allegations of which Kelly was acquitted. Celebrity lawyer Michael Avenatti, who said he represents three of the victims cited in the federal indictment, on Monday said Kelly paid over $2 million to keep an alleged victim off the stand in his 2008 trial on child pornography charges. Kelly was acquitted on those charges. The federal indictment in Chicago alleges that Kelly’s acquittal followed concerted efforts by him and people around him to conceal evidence and bribe witnesses to prevent their cooperation in the investigation. Speaking at a televised news conference on Monday, Avenatti said of the three victims he represents in the federal indictments, two are in Chicago and one in New York. Avenatti said he had provided federal prosecutors evidence such as text messages as well as interviews with alleged victims of sexual assault by Kelly and others when they were 14, 15 and 16 years of age. Avenatti, who formerly represented adult film star Stormy Daniels in her claim of having had an affair with President Donald Trump, faces legal problems himself, including charges of fraud and embezzlement. “For a guy who has so many issues he sure does cast stones,” Greenberg tweeted in response to Avenatti’s allegations. Derrel McDavid and Milton Brown, former members of Kelly’s entourage, were also named as defendants in the Chicago case.